(CNN)104-year-old US Marine Corps veteran Maj. Bill White wanted to expand his collection of memories this holiday. So, he asked people around the world to send him some Valentine cards.

Did they ever.
"The walls are covered in them," Executive Director at Oaks at Inglewood Diane Wright told CNN. "We put them in the library, the living room, the media room, the activity room and an empty apartment." 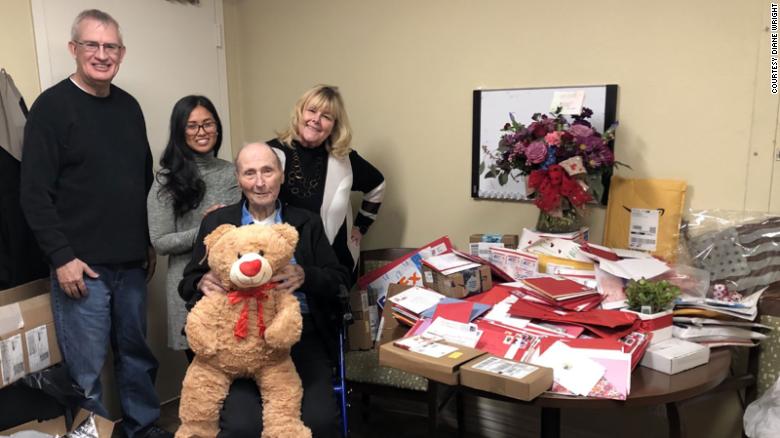 Maj. Bill White received cards, coins and thousands of other gifts.
Wright estimated they've received "over 300,000 cards" over the past several weeks and says they're still coming in.
Guinness World Records were called in to do an official count to see if any records were broken.
They all have personal messages too, she said. Community members have teamed up to read all the letters out loud, one after the other.

Maj. White has had a lifetime full of good and unforgettable experiences. He served 30 years on active duty and he earned a Purple Heart for surviving the Battle of Iwo Jima in 1945, a battle between the US Marines and Imperial Army of Japan that killed nearly 7,000 US Marines and more than 20,000 Japanese fighters.
He's collected objects and photos from events and has filled them into scrapbooks that sit on a bookshelf organized by year. It has become his thing. 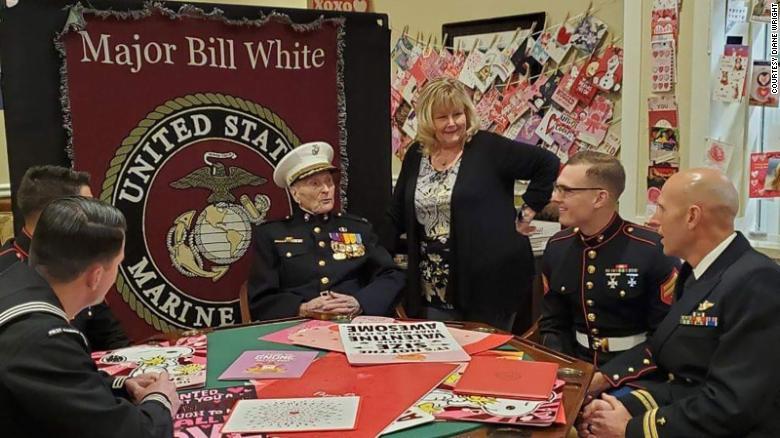 Maj. Bill White sitting with other veterens on Valentine's Day.
And when the valentine cards started to arrive, he noticed a lot of them were from military families.
"He's been most touched by the military support of it all," Wright said.
Maj. White scrapbooks to keep him busy, but with all the cards left to read, he won't have a problem keeping busy for quite some time.