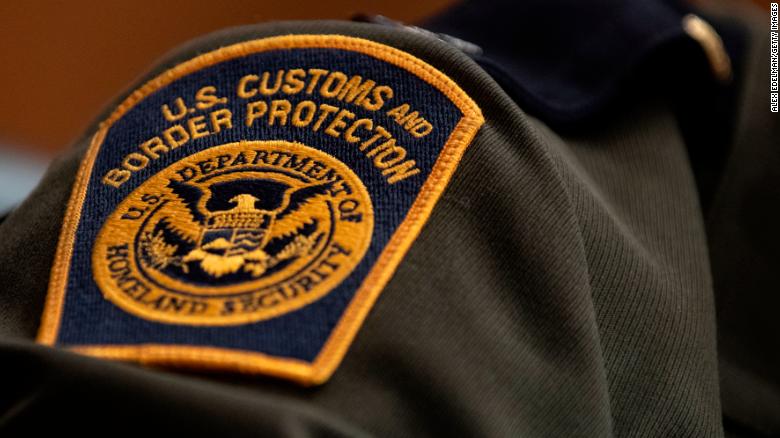 WASHINGTON, DC - APRIL 09: A U.S. Customs and Border Protection patch on the uniform of Rodolfo Karisch, Rio Grande Valley sector chief patrol agent for the U.S. Border Patrol, as he testifies during a U.S. Senate Homeland Security Committee hearing on migration on the Southern U.S Border on April 9, 2019 in Washington, DC. During the hearing, lawmakers questioned witnesses about child mentions, minor reunification, and illegal drug seizures on the Southern Border. (Photo by Alex Edelman/Getty Images)

(CNN)US Customs and Border Protection agents and officers are being deployed to cities across the country to support interior immigration enforcement, two sources familiar with the plans told CNN.

The agency is expected to deploy 100 officers and agents to Chicago, New York, San Francisco, Los Angeles, Atlanta, Houston, Boston, New Orleans, Detroit and Newark, New Jersey, one of the sources confirmed to CNN. The deployment is planned to run from February through May.
The move, first reported by The New York Times, comes amid an escalated fight between the Trump administration and so-called "sanctuary cities," which limit cooperation between local law enforcement and immigration authorities.
"CBP agents and officers who are being detailed to help ICE come from a number of different sectors and job positions. While some of them are trained in tactical operations, that is one of the many areas of training," the Department of Homeland Security said in a statement.
Acting Immigration and Customs Enforcement Director Matthew Albence said in a statement, "ICE is utilizing CBP to supplement enforcement activity in response to the resource challenges stemming from sanctuary city policies."
"As we have noted for years, in jurisdictions where we are not allowed to assume custody of aliens from jails, our officers are forced to make at-large arrests of criminal aliens who have been released into communities," he added. "This effort requires a significant amount of additional time and resources."
In the ramp-up to the presidential election, the administration is leaning into the issue of sanctuary policies yet again.
At the start of his presidency, Trump threatened to take federal funds from sanctuary jurisdictions in an executive order. He also floated the possibility of releasing immigrants into sanctuary cities, in part to retaliate against Democrats.
Within the last few weeks, DHS barred New York state residents from enrolling in certain Trusted Traveler Programs in response to the state's sanctuary law, Trump criticized sanctuary policies in his State of the Union address and Attorney General William Barr announced a round of lawsuits against jurisdictions that limit cooperation with immigration authorities.
Speaking at an annual gathering of sheriffs in Washington, Barr called the lawsuits a "significant escalation in the federal government's efforts to confront the resistance of 'sanctuary cities.' "
Advocates, who have similarly heightened their pushback against immigration enforcement, opposed the administration's latest move to deploy CBP officers and agents to cities.
"This is transparent retaliation against local governments for refusing to do the administration's bidding," said Naureen Shah, senior policy and advocacy counsel on immigrants' rights for the American Civil Liberties Union. "Local governments should not face reprisals for focusing on community needs and using taxpayer money responsibly, instead of helping to deport and detain community members."