Washington (CNN)Former South Carolina Republican Rep. Mark Sanford, who is considering mounting a challenge to President Donald Trump in 2020, warns of a looming financial crisis for America if the country doesn't try tackling its mounting debt.

"There's a big storm coming," Sanford says in a campaign style video released Monday, adding that America is "in the most precarious financial position" and "not dealing with it could crush our economy, it could wipe out whatever we've saved, it could even destroy our republic."
The former congressman has been privately considering whether to run since leaving office in January. Sanford's presidential bid would be a long shot against Trump, who has 88% of approval among Republican voters. 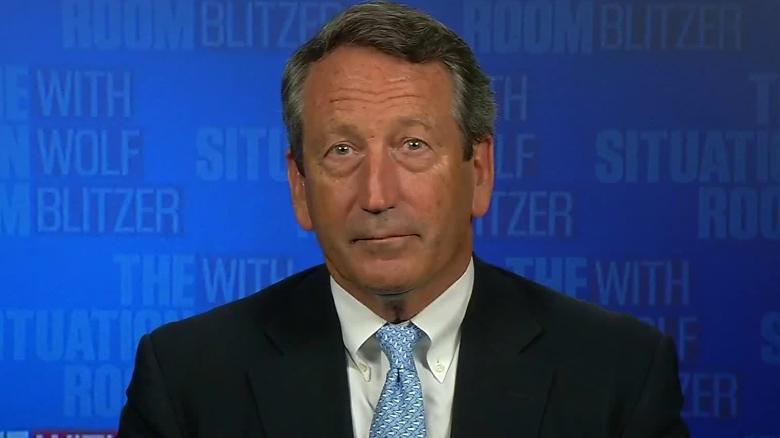 Former GOP Rep. Mark Sanford eyeing challenge to Trump in 2020
Sanford told CNN's Jake Tapper that he's been encouraged to run for president by people who "have said we need to have a conversation about what it means to be a Republican."
"Because the bent that we've been moving toward here of late is not consistent with the values and the ideals they believed in for a very long time," Sanford said Tuesday on CNN's "The Lead."
He suggested that South Carolina voters are weary of "the bully in the schoolyard routine" from Trump.
"So I think something is afoot both on the financial front and frankly on the tone and tenure front," he told CNN.
On Tuesday, Sanford paid a visit to the early voting state of New Hampshire as he considers whether to launch a 2020 challenge against Trump, according to The Post and Courier.
Ahead of his visit, Sanford told the newspaper that he will be "quietly having meetings" with people he trusts to provide honest feedback about a path forward.
In his campaign video, Sanford argues that no one in Washington is talking about debt, deficit or government spending.
"I just got through watching two Democratic debates that offered little more than a long laundry list of new political promises that we can't afford," Sanford says. "I listen to the President, who rules out action on the very things that drive our debt and spending."
Sanford says some have suggested an advocacy group, while "others have suggested running in the Republican primary against the President as a way of elevating the issue and changing the debate."
Sanford lost his primary race last year for South Carolina's 1st Congressional District after voicing criticism of Trump. He also served as the governor of South Carolina for two terms.
Should he decide to run, Sanford would join former Massachusetts Gov. Bill Weld, who announced in April he was officially entering the race, as a Republican to take on Trump in 2020.