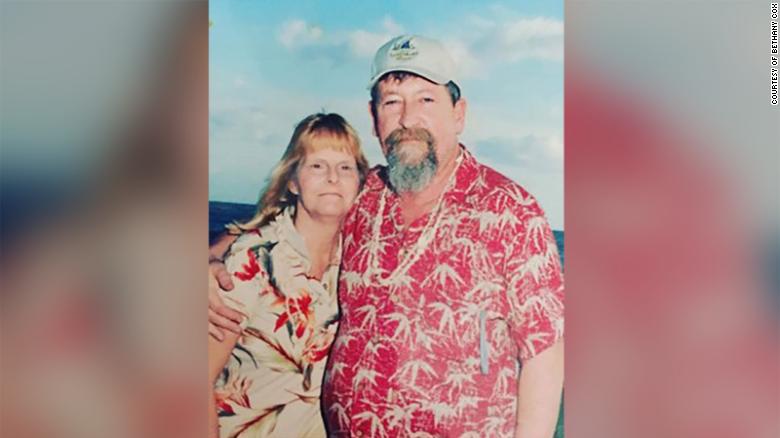 Rich Cox hugs his wife Tracey on her dream vacation to Hawaii in 2009.

(CNN)A Kentucky man passed away in 2012, but before he did, he made sure that his wife would always know just how much he loved her.

For over eight years, Rich Cox has had a flower arrangement delivered to his wife for her birthday and Valentine's Day, which are a day apart.
When Tracey got the first flower delivery, a year after Rich had passed, she said she was in shock over what her husband had arranged for her. 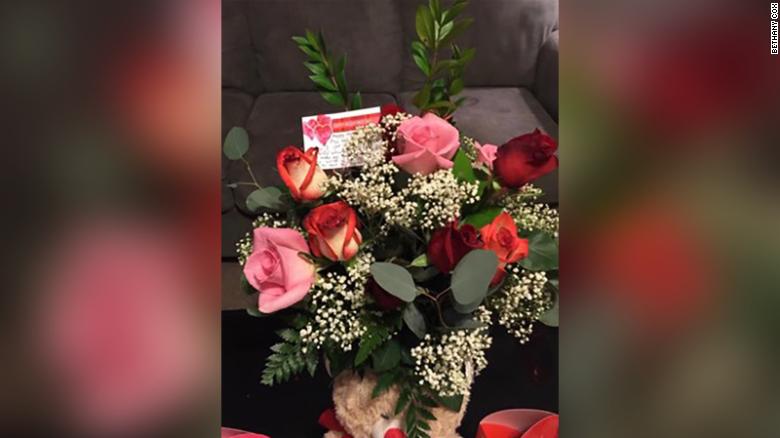 Rich's first Valentine's Day flower delivery surprised Tracey in 2013.
"It was really emotional," Tracey told CNN on Friday. "It was sad, but also happy at the same time because I just knew he'd always be with me."
But the flower deliveries didn't stop after 2013. They continued every year after, each with a new note attached to the bouquet. 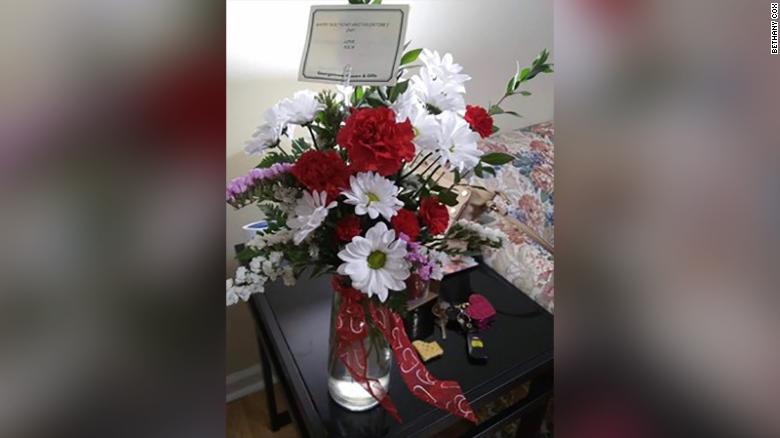 This year's delivery said, "Happy Birthday and Valentine's Day. Love Rich."
The messages change each time, but the love remains constant.
"Tracey, even though you can't see me, I am always here. I love you. Love Rich," a note from 2018 read. 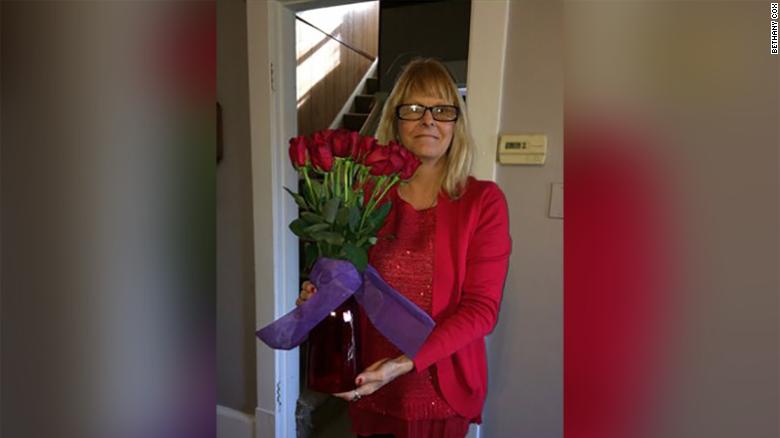 Tracey with Rich's flower arrangement from 2016.
Tracey describes her husband of 26 years as a caring, loving and emotional man -- the kind of man that would give her flowers just because.
"Every time I get them, it really brings back a lot of emotions and joyful tears," Tracey said. "It really brings back all the memories we were able to make together."
Rich was 53 when he lost his battle to throat cancer. Tracey, now 63, lives in Georgetown, Kentucky.
Tracey's daughter, Bethany, told CNN that her dad told her and her three siblings about his secret plans.
"We don't know exactly how it's done, but we do know that they won't stop any time soon," she said.
Bethany said she wasn't surprised when her dad told her about his plans because that's just the type of person he was.
"He's literally the role model of a man that every woman wants to find," Bethany said. "A true love story."
Tracey said if she could tell Rich one thing right now, it'd be that she's thankful for everything he did during their time together and continues to do for her.