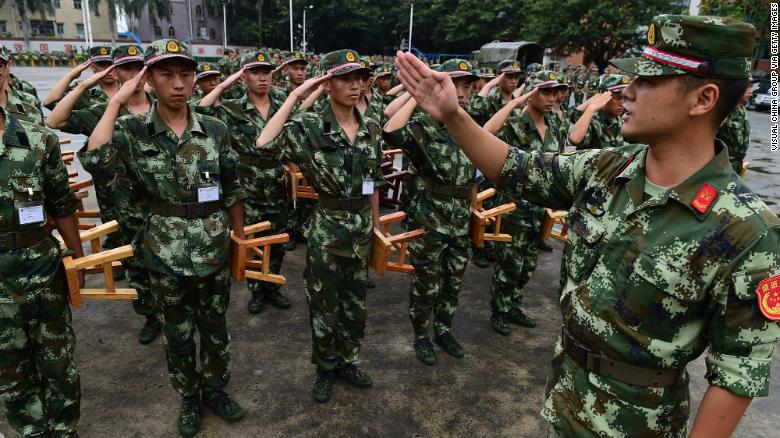 New recruits of Chinese People's Armed Police Force, which is controlled by the People's Liberation Army, received training in Shenzhen.

Hong Kong (CNN)With around two million people in China's armed forces, you might think the story of one person who couldn't take the rigors of military life wouldn't warrant national attention.

But that wasn't the case last week for Zhang Moukang, a university student from the country's southern Hainan province.
A story posted on the People Liberation Army's English language website details the punishment meted out to Zhang after he told the PLA he no longer wanted to serve.
How bad will it be for Zhang?
He faces a total of eight penalties that include a two-year ban on foreign travel; traveling within China on planes, long-distance trains or buses; buying real estate; getting loans or insurance; opening a business; and enrolling or studying in college or secondary school. 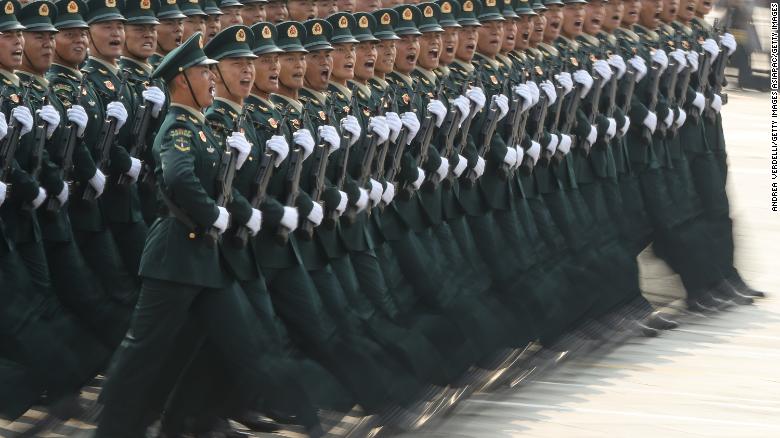 Soldiers of the People's Liberation Army march during a parade to celebrate the 70th anniversary of the founding of the People's Republic of China in 1949, at Tiananmen Square on October 1, 2019.
Zhang, for whom no age was given, will not be permitted to get a government job for life, even as a temporary worker. And that includes any government enterprises in a country where a large chunk of industry is state-run.
There will also be a financial cost: a $4,000 fine plus the reimbursement to the military of $3,750 for costs incurred during his short time as a soldier, including "a political examination," his medical examination, travel and living expenses, as well as bedding and clothing.
Zhang will also face public shaming: his actions and punishments will be "published to the society via networks, television, newspapers and social media."
Certainly, a story on the PLA's internationally watched English website ticks that box.

"Making an example of him"

Zhang's case may be rare, but it is not unique.
A CNN search of Chinese media found at least a few dozen cases of former soldiers being named and shamed over the past few years, and the punishments are prescribed in Chinese law.
Beijing may be using the case to "make an example out of him and publicize it in a way that that reaches a broader society," said Adam Ni, co-editor of China Neican and China researcher at the Department of Security Studies and Criminology at Macquarie University in Australia. 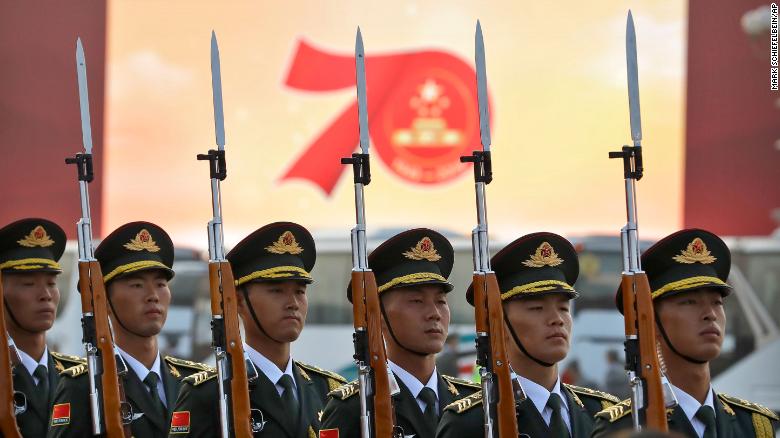 China shows off military in anniversary parade 02:30
Ni added that "this is an example of some of the tensions that the PLA faces. On the one side it needs to project a image, a good image, and on the other side it has needs to deter what it considers to be bad behavior and subordination."
Chinese military service is technically based on conscription, but it is a requirement that's been rarely enforced in recent years as plenty of volunteers have stepped forward for spots in the county's rapidly modernizing forces, experts say.
That modernization requires fewer, but better educated, recruits. So the force has been downsizing, stressing technically proficient volunteers over conscripts who tend to come from poorer areas with less education.
And that comes with its own set of problems.
In its 2019 China Power Report, the US Defense Intelligence Agency notes a challenging trend faced by the PLA.
"Military service probably will remain a less attractive career option if China's economy stays healthy," it says. "Although Chinese youth remain interested in the career field, interest is not widespread."
The DIA report notes that Beijing wants to "cultivate new-type military personnel to retain talent and develop personnel who can meet the data demands of modern warfare." 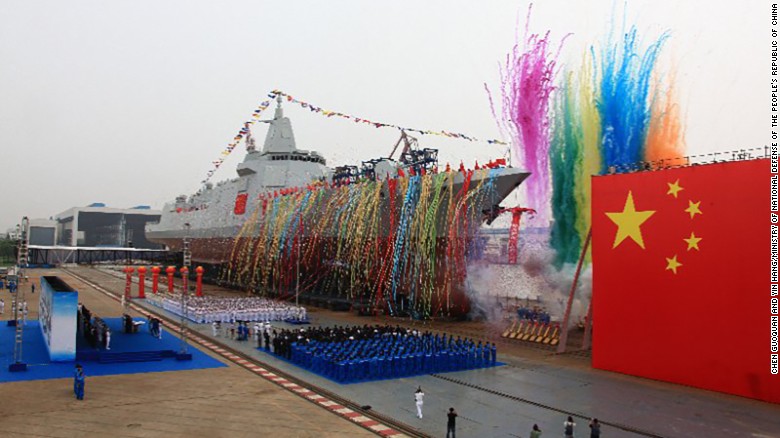 Huge new Chinese warship launches 00:35
A report from the state-run Xinhua news agency in July said the PLA preferred to recruit college students and graduates.
But Ni says the hardships of military life hit even those more educated recruits.
"I think it's a fairly tough environment, potentially away from your family and friends, doing a range of jobs that are at least potentially physically demanding, if not dangerous."
For most younger Chinese, "the PLA wouldn't be a good place to work at all," he said.
And Zhang apparently agreed.
The modern Chinese military was not the life he wanted, according to the report on China Military Online.
After joining the military in September, he made his intention to quit known a month later and in late November was booted out of the PLA.
"Zhang Moukang has been unable to adapt himself to the military life for fearing hardships and fatigues," the report said. "Despite the troops' patient exhortation, he still persisted in dropping out."