(CNN)Not long after a 14-year-old girl reported Jeffery Epstein to authorities in 2005, she says she received a warning from someone who claimed to be in contact with the well-connected financier.

The girl would be paid cash if she agreed not to cooperate with law enforcement, the person told the accuser, adding that "those who help him will be compensated and those who hurt him will be dealt with," according to a Palm Beach, Florida, police report reflecting the accuser's statement.
The threat was one of many intimidation and bare-knuckle tactics that accusers and witnesses told police they faced after Florida authorities opened their first investigation into Epstein. 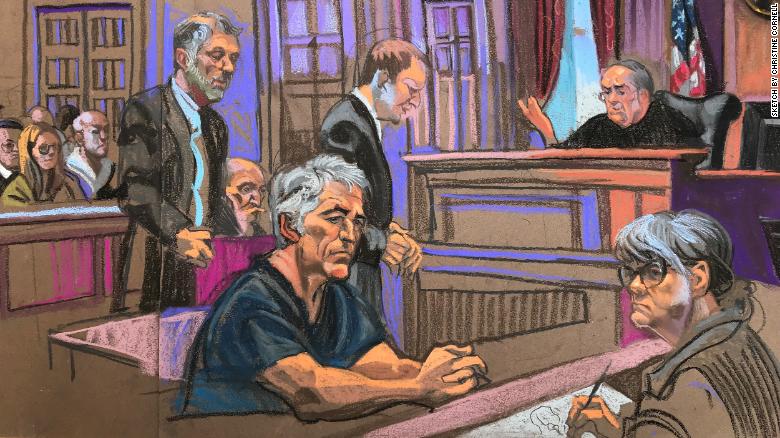 Jeffrey Epstein operated a vast sex-trafficking network of underage girls who recruited other victims, prosecutors say
Epstein was charged Monday by the US Attorney's office for the Southern District of New York with sex trafficking of minors. He pleaded not guilty and faces as much as 45 years in prison if convicted. But the first investigation into allegations of sexual misconduct against him began over a decade ago.
During that probe, at least three private investigators who police believed were working on Epstein's behalf tracked down accusers and possible witnesses to the alleged attacks, according to the police reports. They sat in black SUVs outside the homes of accusers, questioned their current and former boyfriends, and chased one parent's car off the road, according to police reports and a lawyer for three accusers. Epstein's current attorney Reid Weingarten denied in a court filing Thursday any knowledge of the alleged car chase and said if it happened, it was not authorized by Epstein.
"It was incredibly intimidating," Spencer Kuvin, an attorney for three accusers, told CNN. "You have to remember these girls were 14 and 15 (years old) when this was happening." 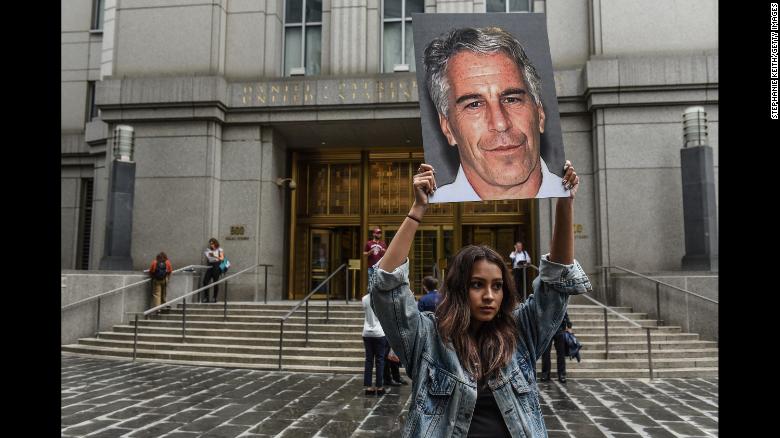 The aggressive tactics didn't stop with witnesses or accusers, according to court filings, police reports, and attorneys, but also extended to the prosecutors.
Prosecutors with the US attorney's office for the Southern District of Florida, led by Alex Acosta at the time, considered charging Epstein with obstruction of justice or witness intimidation in 2008, according to court filings. Weingarten, in Thursday's filing, said it was a hypothetical idea prosecutors debated with Epstein's previous counsel and prosecutors "ultimately did not believe there was factual support for the allegations."
Acosta described a "year-long assault on the prosecution and prosecutors" in a 2011 letter that was cited in part in court filings and published in its entirety by the Daily Beast.
"I use the word assault intentionally, as the defense in this case was more aggressive than any which I, or the prosecutors in my office, had previously encountered," he wrote. 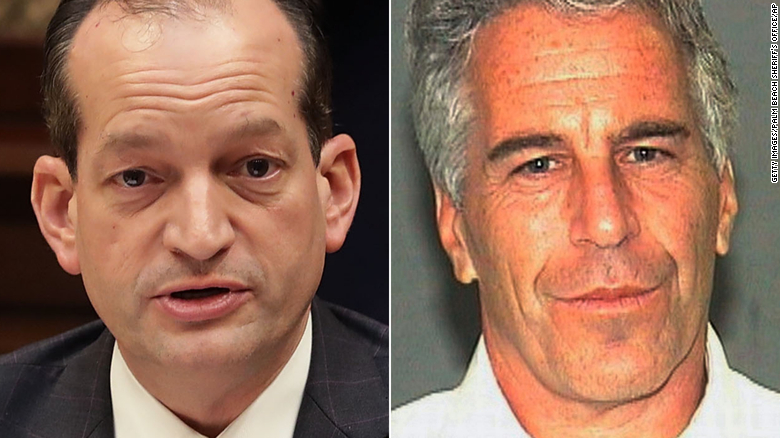 Breaking down Epstein's sweetheart deal 03:07
Epstein loaded his legal team with some of the biggest names in the defense bar. He hired Alan Dershowitz and Roy Black, the attorney who helped exonerate William Kennedy Smith in a rape trial, eventually switching to an all-star line-up including Jack Goldberger, Jay Lefkowitz and Ken Starr, the special prosecutor who investigated President Bill Clinton's relationship with Monica Lewinsky.
Epstein's multipronged response to the investigation included suing Bradley Edwards, a lawyer representing accusers, in 2009 alleging his representation of accusers was linked to a Ponzi scheme. According to the Miami Herald, this suit ended in a monetary settlement, and Epstein admitted that he had filed the lawsuit in an "unreasonable attempt to damage [Edwards'] business reputation. He also filed a complaint with the Florida bar association, which investigated and found no wrongdoing.
Acosta said in past court filings that not all of the accusers were willing to testify.
Kuvin, the attorney for three accusers, said of Acosta's office, "They folded under the pressure." 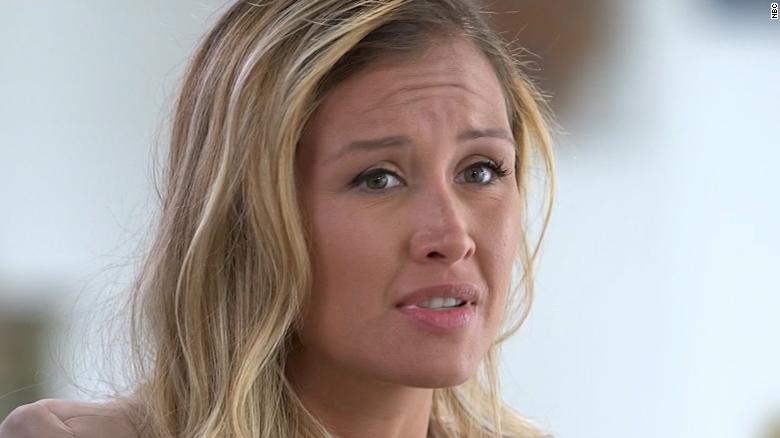 New Jeffrey Epstein accuser comes forward 02:24
In the end, Acosta negotiated a controversial federal nonprosecution agreement for Epstein and four alleged co-conspirators. Epstein served time on two state charges of solicitation of prostitution. The alleged co-conspirators were not charged, and Epstein was not charged with obstruction or witness tampering.
Kuvin said one of his teenaged clients endured "a rigorous deposition where she was heavily cross-examined by Epstein's lawyers" and was prepared to testify at his trial.
Epstein's attorneys at the time alleged prosecutorial misconduct and overreaching and used their heft to appeal to the very top of the Justice Department in Washington, even after Epstein signed the nonprosecution agreement.
"He had this team of maybe six to eight lawyers all pressuring not only the state's attorney but the feds to drop all of this, saying that they were going to make these girls' lives miserable," recalled Kuvin. 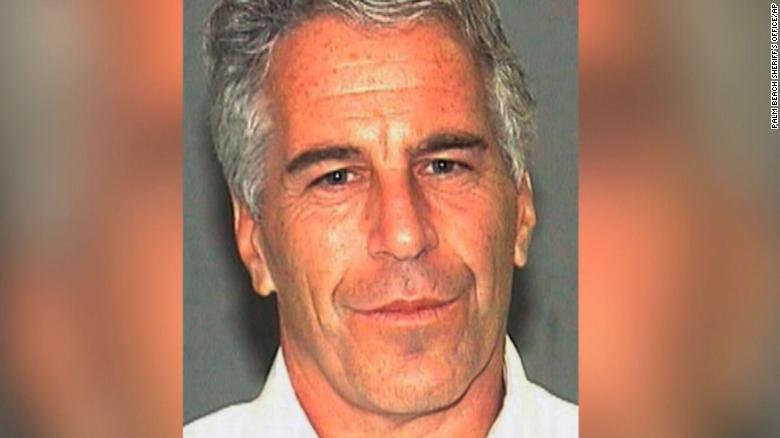 Epstein's history of political connections explained 02:53
Several months later in February 2006, as the state grand jury was underway, Dershowitz provided the state prosecutor with information apparently intended to discredit the accusers. He provided postings from MySpace, the social media website, that appeared to show some of the accusers using drugs and alcohol, according to the police report and court documents.
"I had absolutely no role in investigating or arranging any investigation," Dershowitz wrote in an email to CNN. "I'm an appelate lawyer who did only legal research and negotiation. I don't own a computer and wouldn't even know how to access (MySpace)."
The next big question about Jeffrey Epstein
The father of one accuser later told authorities that a private investigator was "photographing his family and chasing visitors who come to the house," according to a police report. The police identified this investigator as the second one involved in the case and said the investigator was likely hired by a new attorney Epstein brought into the case. Black was no longer on the case at the time.
One week later, according to the police report, that accuser was approached by the person who claimed to be in touch with Epstein and given the warning about cooperating for compensation or facing consequences.
Kuvin, the lawyer, said Epstein's team also tried to obtain the medical records of his accusers.
By June 2006, the same month the state announced an indictment of Epstein on soliciting prostitution, one parent called the police multiple times alleging he was followed by someone; police later identified the vehicle as belonging to a third private investigator. It isn't clear which lawyer hired that investigator.
The father "stated that as he drove to and from work and running errands throughout the county, the same vehicle was behind him running other vehicles off the road in an attempt to not lose sight of (the father's) car," according to the police report.
The same car, which was linked to a private investigator, according to the report, later ran the mother of the same accuser off the road.

No charges for Epstein

By 2006, the FBI and the US attorney's office for the Southern District of Florida were investigating Epstein and had identified 36 potential accusers. In September 2007, Epstein's legal team had negotiated and signed a nonprosecution deal.
But his lawyers, led then by Leftkowitz and Starr, weren't satisfied and appealed to Acosta challenging the terms of the agreement. They alleged the prosecutors were overreaching by trying to make a federal case out of a state crime. They also said two of the prosecutors acted improperly when they recommended lawyers they knew to represent accusers, and a third with speaking with a reporter, according to more than half a dozen letters filed in court.
At one point, Florida prosecutors considered charging Epstein with obstruction or witness tampering for, among other things, allegedly having private investigators force the parent off of the road.
"There were discussions between prosecutors and the defendant's then-counsel about the possibility of the defendant pleading guilty to counts relating to 'obstruction,' as well as 'harassment,'" according to the letter filed Monday by the federal prosecutors in New York.
In a filing on Thursday in the New York matter, Epstein's legal team, now bolstered with Weingarten, said of the allegation that an investigator drove an accuser's parent off the road "the defense is without knowledge as to the basis for this allegation and the conduct, if it occurred, was not attributable to or authorized by Mr. Epstein."
No obstruction or witness tampering charges -- or any federal charges -- were brought by Acosta's prosecutors against Epstein. Epstein pleaded guilty to two state charges of solicitation of prostitution in 2008 and served 13 months in prison. During that time, he was allowed to leave for 12 hours a day, six days a week, to run his business.