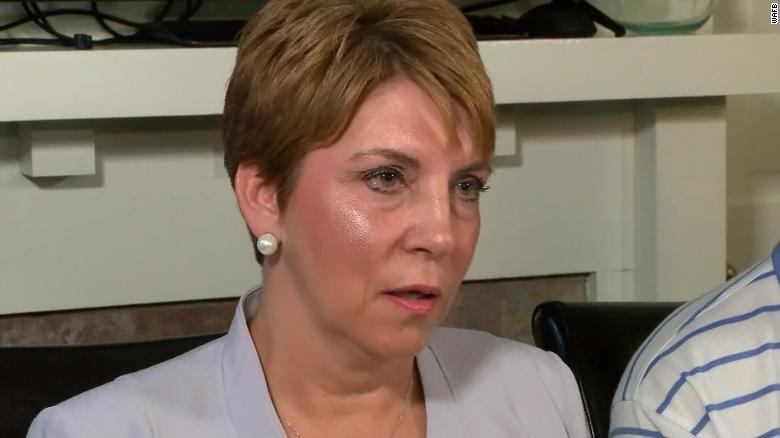 Washington (CNN)Louisiana Gov. John Bel Edwards is calling for a district judge to resign after she admitted to using the n-word in text messages, saying she has "compromised her ability to preside as a judge."

District Judge Jessie LeBlanc, who is white, is facing increasing pressure to step down after she admitted to using "n***er" at least three times "in a moment of a heated exchange" in text messages from 2018 that she sent to then-Assumption Parish Chief Deputy Bruce Prejean, with whom she says she was having an extramarital affair that ended in 2016. Prejean, now a captain in the patrol division, does not dispute the text messages, according to Lonny Cavalier, public information officer for Assumption Parish Sheriff's Office.
"The admitted and repeated use of racial slurs by a judge who has taken an oath to administer justice fairly and impartially is wrong, period. There is never any circumstance or context in which such derogatory and degrading language is okay," Edwards, a Democrat, said in a statement Wednesday. "Sadly, inequities still exist in society and in our judicial system. Judge LeBlanc has compromised her ability to preside as a judge, and she has damaged the judiciary. She should resign. The people of the 23rd Judicial District and our state deserve better."
In an interview with CNN-affiliate WAFB on Sunday, LeBlanc said she "never dreamed" the comments would be made public.
"I admit that I used that word. I profusely apologize for that. I should have never said it," she said at the time. "It was uncalled for. I was angry. I was upset. But, it's no excuse."
According to WAFB, LeBlanc used the word in a series of text messages in reference to a black law clerk and a black sheriff's deputy, whom she also called a "thug." LeBlanc told WAFB that in December 2018, she received an anonymous package that contained phone records with Prejean, including alleged calls with a law clerk for another judge in the district. She said she became "scared" and "anxious" about it, prompting the text messages.
Asked by CNN on Wednesday if she has plans to resign, LeBlanc's attorney Jill Craft, said her client is "doing the job as she has in 2012."
"Judge LeBlanc has made her position and contrition clear. Her statements were made in a private conversation and in response to a clearly threatening situation," Craft said in a statement to CNN.
CNN has reached out Edwards' office for additional comment.
The Louisiana Legislative Black Caucus has also called for LeBlanc to resign, and the Baton Rouge Branch of the NAACP filed a formal complaint Monday with the Louisiana Supreme Court's Judiciary Commission for LeBlanc to be removed "on the basis of use of the n-word."
Baton Rouge Branch of the NAACP President Eugene Collins told CNN Wednesday that if the judge doesn't resign or is not removed from the bench, the group will hold public demonstrations next week.
"There is no way she can provide fair and impartial judgment while clearly showing racial bias," he said.
LeBlanc told WAFB that she is not racist and asked the African American community in Louisiana for forgiveness.
"As a person, I know that I am not a racist. I know that I treat everyone with respect. It doesn't matter who you are," she said. "I was not raised to treat someone based upon the color of their skin. So, to those people, I tell them, yes, I made a horrible decision in using those slurs toward those people. I ask for forgiveness from them. I've asked for forgiveness from my God. And, I know that I am not a person that bases you off the color of your skin."
Asked Wednesday if he believed her apology was genuine, Collins said "an apology is not enough," questioning whether she has used the term under other circumstances.
"How many times has anyone stepped into your courtroom and you saw that word?" he asked.
LeBlanc's current term ends December 31, and she said she intends to run for another term.