Lincoln Mitchell teaches in the political science department at Columbia University. His most recent book is "San Francisco Year Zero: Political Upheaval Punk Rock and a Third Place Baseball Team." (Rutgers University Press, 2019) Follow him on Twitter @LincolnMitchell. The opinions expressed here are his own. Read more opinion at CNN.

(CNN)We shouldn't be surprised that every day seems to bring new reports about another college or university experiencing an outbreak of coronavirus and students having to be sent home. College students are of an age where they -- or their dorm mates -- are likely to be unable, or unwilling, to practice social distancing on campus.

Most American colleges and universities spent much of the spring and summer trying to determine a strategy for returning to school in the fall. Some, like the California State University system (CSU), made the decision to move to online fall classes last spring. As the school year approached, several of the wealthier private schools, like the one where I teach scaled back their plans for in-person teaching and on-campus housing, but many schools were stuck in a double bind of financial and political concerns. 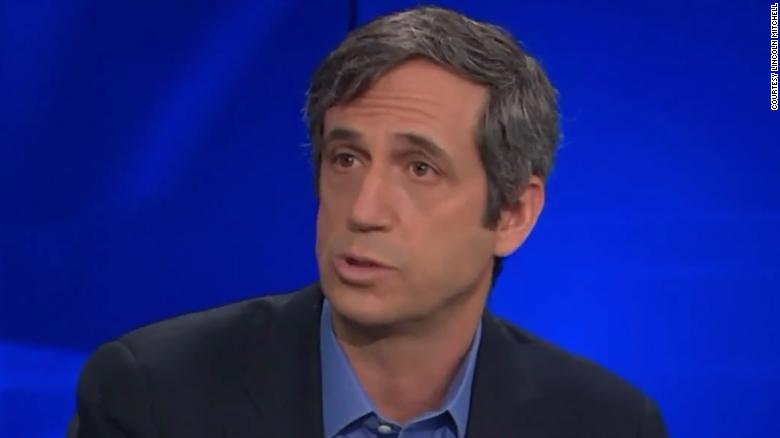 The financial aspect is pretty straightforward. Colleges and universities needed to make sure students enrolled for the fall in order to get revenue from housing, food and related fees. That meant they had to persuade families that college would be safe and relatively normal when the new academic year started. Even though the problem of containing the virus in dorms and college towns was entirely foreseeable, and foreseen,schools were in a financial quandary.
The politics around the pandemic, at least for some schools, made the challenge even more difficult. Many of America's largest and best universities are state schools. These schools offer excellent and, comparatively speaking, affordable education to high achieving students in their state, as well as to a smaller number of out of state students. Universities like these must maintain a constructive relationship with their state government, not least because they need financial support from those governments. 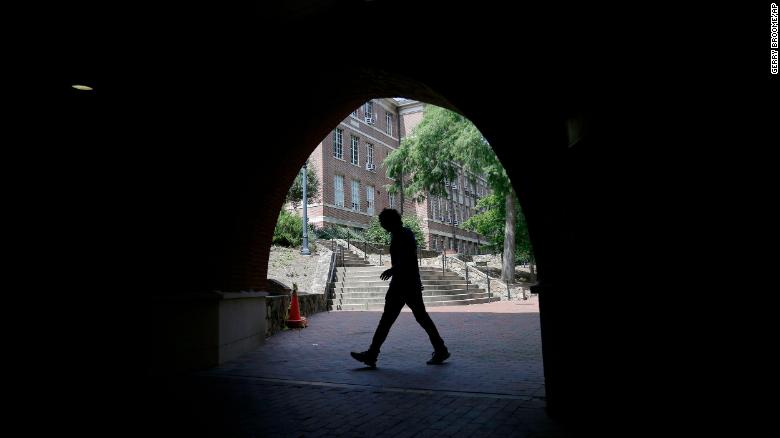 UNC fiasco reveals truth about reopening colleges
These relationships have not always been smooth or easy. As long ago as the 1960s, California's Gov. Ronald Reagan made frequent rhetorical attacks on "the mess" at the University of California, Berkeley, one of the best public universities in the world, as a way to appeal to his conservative base. More recently former Wisconsin Gov. Scott Walker battled the University of Wisconsin, and tried to cut its budget and weaken the system of tenure there during his time in office.
In practice, this means that universities in states where Republicans partially or fully control the state government need to make decisions about student and faculty health with at least some recognition of the reality that their state government is likely to align itself with the Trump administration's approach -- effectively that the importance of reopening in general outweighs the risk to public health.
Ignoring this reality risks creating problems between the universities and state government as well as with Boards of Regents, which typically include members appointed by Republican governors. While the pressure may not be direct, some analysts have suggested that it's implicit. Overall, it's hard to believe that university administrators aren't constantly aware that there may be financial fallout from opposing the party line. Compare this to the California State University system system, which could move to online classes early because California's government is controlled by Democrats and as demonstrated by Gov. Gavin Newsom's relatively cautious guidance for reopening colleges. 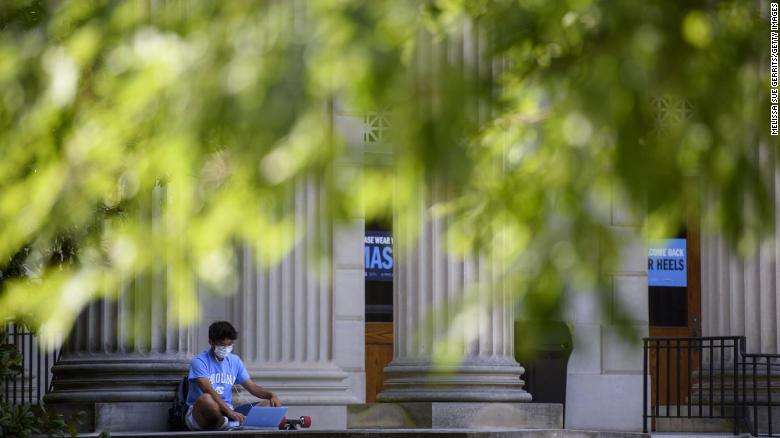 A student studies outside the closed Wilson Library on the campus of the University of North Carolina at Chapel Hill on August 18, 2020 in Chapel Hill, North Carolina. The school halted in-person classes and reverted back to online courses after a rise in the number of COVID-19 cases.
One of the areas where this dynamic has been most visible is college sports. Sports, particularly at big schools, are not only major sources of revenue, but wildly popular among alumni, including many who donate to their alma mater. This meant that for many schools canceling fall sports, particularly football, would result in a loss of revenue and unhappy alumni perhaps less inclined to continue making donations.
The absence of college sports would also render less plausible the Republican narrative that America is already recovering from the pandemic. Given this, shortly after it was announced in mid-August that the Big Ten would not be playing football this year Republican legislative leaders from six states urged the Big Ten Conference to play. On Wednesday it was announced that the Big Ten, which consists primarily of schools in the Midwest, will play football and employ a testing and monitoring system that they hope will keep players, coaches and others involved with the game safe. Like the NBA and MLB, fans will not attend these games.
Despite this, several college football conferences including Mid-American, Pac-12 and Mountain West conferences have cancelled their football seasons. Other schools and conferences that are playing include the Big Ten and the South Eastern Conference (SEC). The SEC is constituted of schools in Florida, Georgia, Kentucky, Missouri, South Carolina, Tennessee, Alabama, Arkansas, Louisiana and Mississippi. This is a pretty good approximation of the most conservative parts of the country.
Get our free weekly newsletter

Almost all decisions around life in the time of Covid-19 are difficult and involve tradeoffs, but it is already becoming clear that for universities the risk should not have been taken. Schools that open for a few weeks and then close create the possibility of spreading Covid-19 both in their communities and then in the places to which students return once the dorms are shut down. This is likely to lead to family members of students, faculty members, students, people who live in college towns getting sick and, unfortunately in some cases, dying.
The financial considerations for colleges and universities facing this challenge are real, but the political ones are just that: political. The notion that some of America's best institutions of higher learning made bad decisions because of legislative majorities that are unwilling to confront the pandemic may be a perfect, and tragic, metaphor for America in 2020.