Swati Narayan is a director at the nonprofit organization Culture of Health Advancing Together, which works with immigrant and refugee families. She also serves on the Women of Distinction Board for the Crohn's and Colitis Foundation (South Texas) as well as the Interfaith Ministries for Greater Houston Impower Board. Manpreet K. Singh is a supervising attorney who has tried over 50 cases. She is a chapter representative for the American Board of Trial Attorneys and serves as a director and trustee with the Sikh Coalition and ACLU-Texas. The views expressed in this commentary belong to the authors. View more opinion at CNN.

(CNN)Today, India's Prime Minister Narendra Modi will be joined onstage at Houston's NRG Arena by President Trump for a rally that is meant to celebrate the growing ties between India, the world's largest democracy and the US, the world's most powerful one. 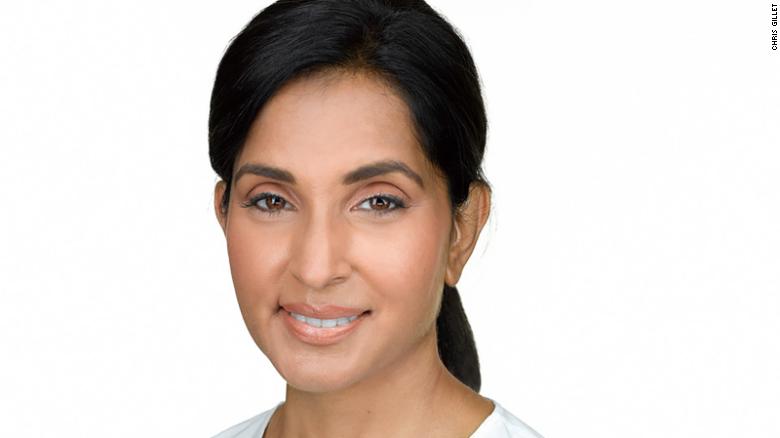 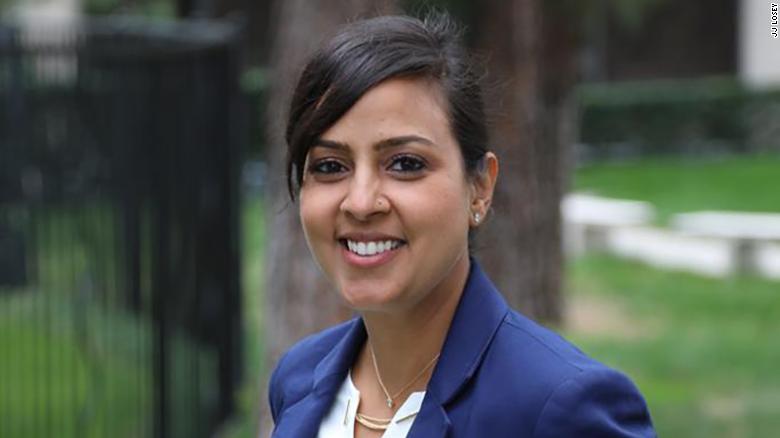 Manpreet Singh
More than 50,000 people -- and dozens of elected officials -- are expected to turn up at the "Howdy, Modi" rally and the fervor in the Houston Indian community is undeniable. Hundreds of organizations have put in thousands of hours in preparation for this event, which has been featured on billboards around the city.
But deep in the heart of Texas, not all of us are thrilled to see Modi and Trump in our backyard. Both leaders have stoked divisions within their respective countries, and enacted troubling policies that chip away at democracy. And as tempting as it might be to celebrate "Howdy Modi" as a moment for the Indian American community to be seen, heard and recognized as a rising political force in the US, we're worried that it comes at a cost that is far too high. We can't afford to ignore the pernicious impact that President Trump's words and policies have had on immigrants and communities of color.
As native Houstonians of South Asian descent, there is a huge sense of pride in what our community has been able to accomplish. From CEOs to engineers, astronauts, artists, and taxi drivers, we have firmly established our roots in all facets of this country. Houston has afforded us the opportunity to thrive and succeed. With success, however, comes a responsibility to give back. It also means using our voices to speak out in the face of injustice, whether it's the detention of migrant children in our own state or the lack of basic rights ethnic and religious minorities have in our ancestral country.
India revoked Kashmir's special status last month, and several thousand Kashmiris, including politicians and activists, have been detained, according to government sources who spoke to AFP on the condition of anonymity.
The Indian government has placed Kashmir under a communications blackout. Schools and shops have been deserted while hospitals have been run by skeleton crews. Some residents said they had been beaten by security forces for trying to buy necessities, the New York Times reported.
Modi says that the changes will eventually help stimulate the region's economy, but that seems to be a flimsy explanation. There are plenty of states in India with higher unemployment and poverty rates that have not been placed under such draconian restrictions. It's hard not to view this as part of a wider Hindu nationalist agenda.
More importantly, this action in Kashmir took place without diplomacy and dialogue. Tensions between Hindus and Muslims have simmered for decades, and while the region has struggled with economic stagnation, unilaterally shutting down the region without input from the people who live there is the antithesis of democracy. And that is the lens by which we view this situation. We are not here to take sides between Hindus or Muslims, India or Pakistan, or any other groups. 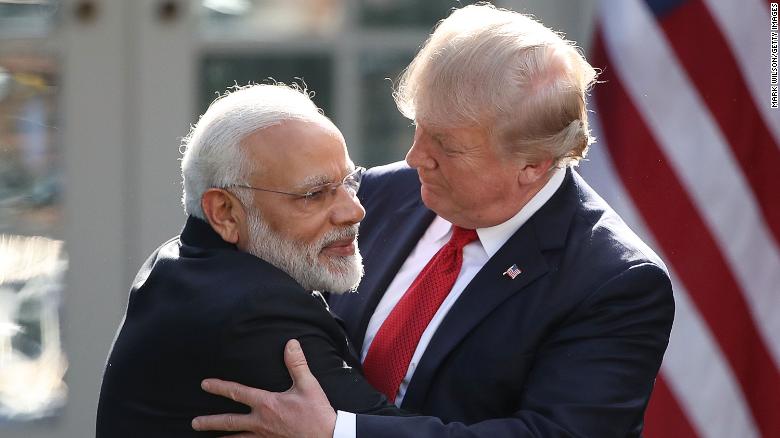 Trump and Modi are two sides of the same coin
We must judge what's going on by the benchmarks of democracy, and question whether the government is acting for, of, and by the people. With the communications blackout still in effect, the only voice emerging from the region is that of the Indian government. As Americans, we are allowed to criticize our leaders and protest, while the free press can hold our government accountable. But none of that is currently available in Kashmir. Peace requires hard work finding common ground and striking compromises, and Modi does not appear to be interested in doing that.
As for President Trump, he's made his hostility towards immigrants no secret. Migrant children have been separated from their families, and are now at risk of being held indefinitely. And who can forget the President's words this summer when he told newly elected congresswomen to "go back" to the countries they came from -- even though three were born in the US and the fourth became a naturalized citizen nearly 20 years ago.
If he thinks people like us, with cultural ties to India, are willing to look past this behavior, he's mistaken.
A healthy relationship between India and the US requires telling the truth and calling each other out when we cross the line. As Americans with familial and cultural ties to India, we care deeply about the trajectory of both countries. Both leaders may defend themselves by claiming they are acting within the laws of their countries, but history has proven that just because something is legal does not mean it's moral.
What's notable to us is the disparate belief systems among some of our Indian friends, colleagues, and family members. While they have no problem denouncing President Trump's policies, they are seemingly complacent with Modi's actions in Kashmir. Some reconcile Modi's actions as necessary, while others are oddly silent.
Get our weekly newsletter

So excuse us for not tipping our ten gallon hats to Modi (or President Trump, for that matter). We condemn the lack of transparency, the curtailing of basic resources to the Kashmiris. We want schools and hospitals to be fully functioning, we want communications to be restored so that people can remain connected to the rest of the world, we want economic vibrancy to return to the region, we want the people of Kashmir to have a voice in their own state, and we want democracy restored. And most of all, we want India to live up to the pluralist and secular society it claims to be. We want peace and fundamental rights for the people of Kashmir. As for the 50,000 cheering supporters who will be crowding NRG stadium later today, you too can raise your voice for the people of Kashmir.