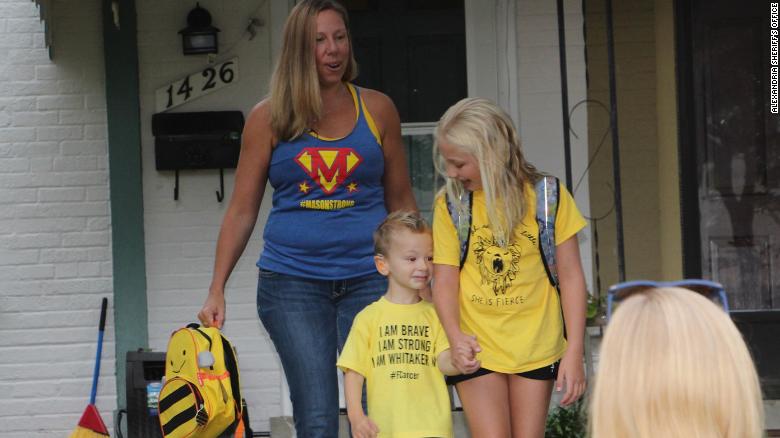 Whitaker Weinburger wanted one thing for his birthday, Bumblebee. He got more than one.

(CNN)Whitaker Weinburger has been battling cancer for most of his life. Now that the 4-year-old Virginia boy is in remission, his mother set out to give him a very special birthday surprise involving his love of Bumblebee, the yellow Transformer. 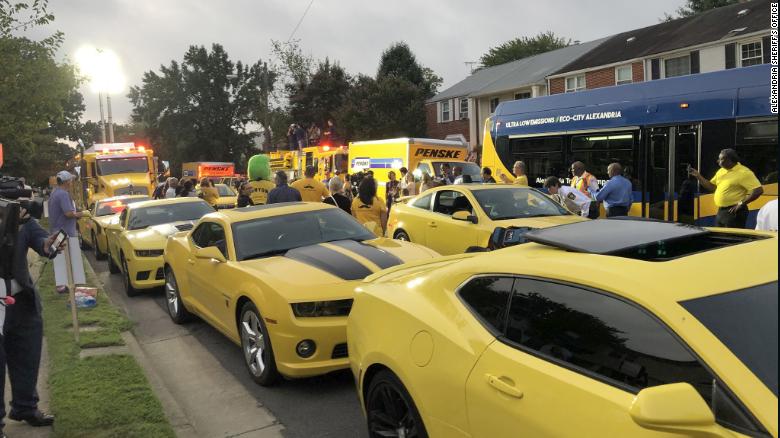 A view of the street with all the yellow vehicles.
Whitaker was diagnosed with stage 4 neuroblastoma, a type of cancer that develops from nerve cells, when he was 13-months-old, his mother, Erin, said.
"He's been through multiple surgeries, many rounds of chemo, 2 bone marrow transplants, radiation, and antibody therapy," she said in her Facebook post.
"He is stable, and has been for about a year now. And we are ready to celebrate him!"
With his four birthday approaching, she set out to give him an extra special surprise. She first posted a plea on Facebook in August.
"He's obsessed with transformers, particularly Bumblebee, and we cannot pass a yellow car without him delightedly shouting "Bumblebee!," her post read. 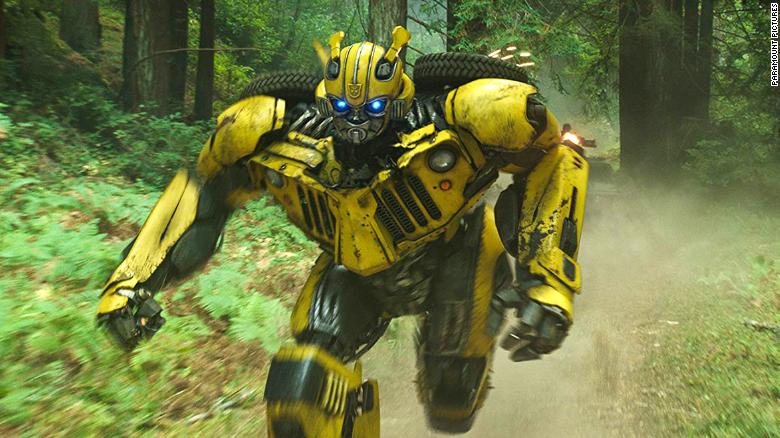 "Bumblebee"
"So we had this idea that maybe, on the morning of his birthday when we leave to walk him to preschool, we could have our street lined with yellow cars!"
Thanks to the power of social media and local news agencies picking up this story, it quickly caught the attention of the community. Alexandria Sheriff's Office helped to spread the word and posted a special call out for anyone with a yellow vehicle to help "transform" Whitaker's walk to school.
People from all over helped make the four-year-old's birthday one he will always remember. 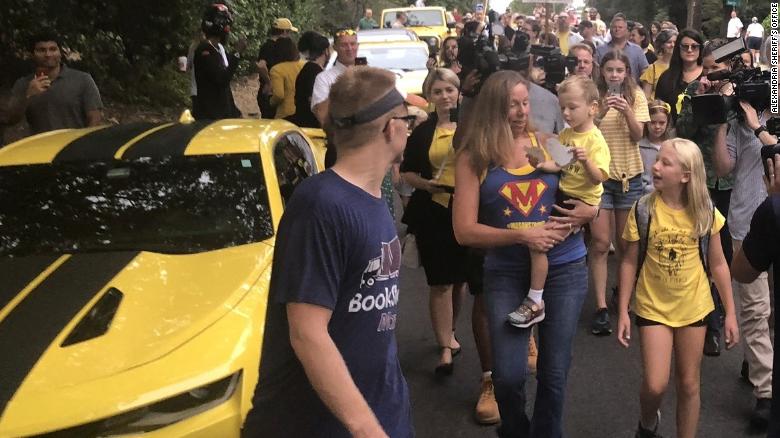 Whitaker surrounded by yellow cars on the way to school.
"I just keep saying power of the community," his mother told CNN affiliate WJLA as they walked down the street. "This is all a bunch of people that care about one another and we are so grateful."
Whitaker's story even reached Jeremy Levy, the actor who voiced Bumblebee in Transformers: Cyberverse. Levy told CNN he spoke to Whitaker and made him a personalized message from Bumblebee.

The best part of my day. Whitaker got to talk on the phone with Bumblebee. Or should I say, Bee got to talk to Whitaker, and let him know...he's *his* hero pic.twitter.com/4vETWnzBuC

Even those that couldn't make it on Wednesday sent him Bumblebee inspired gifts. One gift came from Tesla, who donated a little yellow car customized for him, WJLA reported.