A version of this story first appeared in CNN Business' Before the Bell newsletter. Not a subscriber? You can sign up right here .

London (CNN Business)As leaders of most of the world's largest economies gather in Cornwall, England, expect political fanfare and lots of attention on US President Joe Biden, who is seeking to reassert America's dominance on the global stage.

But there are plenty of issues up for discussion among the Group of Seven — which includes Canada, France, Germany, Italy, Japan, the United Kingdom and the United States — that could have major ramifications for investors and businesses.
Climate: Investors managing more than $41 trillion in assets warned this week that governments "risk missing out on a wave of investment" if they fail to implement meaningful policies to tackle climate change in the wake of the pandemic. 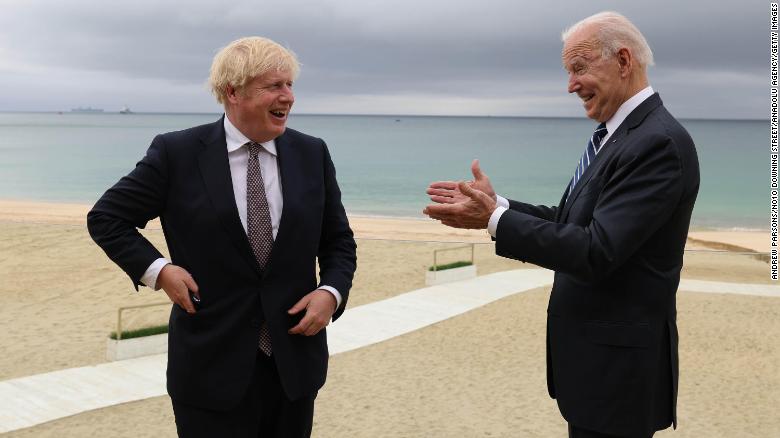 Biden and world leaders meet at 2021 G7 summit
The United States has committed to reducing greenhouse gas emissions by as much as 52% below 2005 levels by 2030, while the United Kingdom has pledged a 78% reduction against emissions levels in 1990 by 2035.
But G7 leaders could go even further ahead of crucial United Nations climate talks in Glasgow, Scotland this November.
Taxes: Last weekend, the G7 finance ministers backed changes to global tax rules, putting their support behind a minimum tax rate of at least 15% on multinational companies. The group also agreed that the biggest firms should pay tax where they generate sales, and not just where they have a physical presence — a move could have huge consequences for tech giants like Apple, Facebook and Google.
G7 leaders are expected to formally endorse the plan this weekend. But advancing beyond a political agreement and hashing out the details could prove tricky. British finance minister Rishi Sunak is reportedly lobbying for financial services firms to be exempt from the new system, while Republican lawmakers in the United States are lining up in opposition to an accord. Sen. John Cornyn of Texas has called it a "fantasy," while Sen. Pat Toomey of Pennsylvania has criticized a "terrible agreement."
China: Even though it's not a member of the G7, China — the world's second largest economy — looms large at the summit. Biden is expected to try and convince allies to join Washington in taking a tougher stance towards Beijing over its actions in Xinjiang, Hong Kong and the South China Sea.
There are also reports that the meeting could produce a green alternative to China's Belt and Road Initiative, which Beijing has used to finance international development projects and curry favor abroad.
Covid-19: Of course, there's the pandemic to consider, too. G7 leaders are also looking at whether to back allocating $100 billion from the International Monetary Fund to support vaccinations and the economic recovery for countries most in need.
The White House said in a statement Friday that more details would be given in the communique from G7 leaders expected over the weekend.

The onslaught of hacks isn't letting up as awareness grows over the threat cyberattacks pose both to companies and the broader economy.
The latest victim: Electronic Arts (EA), one of the world's biggest video game publishers. 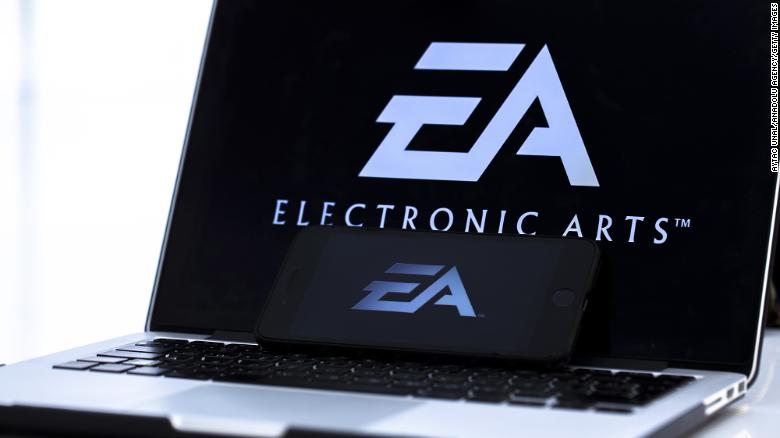 Hackers breach Electronic Arts, stealing game source code and tools
The company has confirmed that hackers broke into its systems and stole source code used in its games. Online forum posts reviewed by CNN Business and vetted by an independent cybersecurity expert show that on June 6, hackers claimed to have obtained 780 gigabytes of data from EA — including the Frostbite source code, the engine that powers the popular FIFA, Madden and Battlefield series.
The hackers claimed to offer "full capability of exploiting on all EA services." They also purport to have stolen software development tools for FIFA 21 and server code for player matchmaking in FIFA 22.
Brett Callow, a threat analyst at Emsisoft, said losing control over source code could be problematic for EA's business.
"Source code could, theoretically, be copied by other developers or used to create hacks for games," he said.
Ekram Ahmed, a spokesperson for the cybersecurity firm Check Point, said that hackers "can comb through the code [and] identify deeper flaws for exploit."
According to EA, player data was not compromised in the breach, and the company said it's already made security improvements. It does not expect the hack to hit its business, according to a spokesperson.
Investor insight: Wall Street is taking the company at its word, with shares flat in premarket trading. But the full cost may not be evident just yet.

Consumer prices in the United States skyrocketed at their fastest pace in decades last month, sending a warning signal as the economic recovery picks up steam.
Inflation rose 5% in the 12 months ending in May, the biggest jump since August 2008. Stripping out volatile food and energy costs, inflation stood at 3.8% year-over-year — the largest increase since 1992.
So what exactly are Americans spending more money on? It's a varied list.
The cost of household furnishings, including furniture and bedding, rose 1.3% last month. That's the largest increase since 1976.
Used car and truck prices also surged for the second consecutive month. In May, they leaped 7.3%, accounting for about one third of the overall increase in prices recorded. New cars got more expensive, too, with prices climbing 1.6%.
Travels costs are also going up as Americans book vacations after spending more than a year cooped up at home. Air fares rose 7% month-over-month, while the price of renting a car increased by more than 12%.
And hosting a Fourth of July picnic could be a bit harder on the wallet. The price of beef steaks rose 4.3% last month — though hot dogs are 1.9% cheaper than in April.

The University of Michigan's consumer sentiment survey for June posts at 10 a.m. ET.
Coming this weekend: The Group of Seven meeting of world leaders continues in Cornwall, England.