Karim Benzema was found guilty by a French court on Wednesday.

(CNN)It all started with a broken cell phone.

In 2014, French footballer Mathieu Valbuena was looking to get some data off his old phone when his life changed forever and he fell into a blackmail plot.
More than seven years later, Valbuena's ex-France teammate Karim Benzema, who plays for Real Madrid, was handed a one-year suspended prison sentence and a 75,000 euro fine ($84,000) for complicity in attempted blackmail.
Four of Benzema's co-defendants in the trial were also found guilty, with three of them receiving prison sentences.
Tewfik Bouzenoun, lawyer for defendant Younes Houass -- who was handed an 18-month suspended sentence -- told CNN that his client was "manipulated."
"He never engaged in blackmail or attempt to blackmail as he never asked for money. He never had a financial request," Bouzenoun told CNN in a statement.
"I think the verdicts are less severe than those requested by the prosecutor, I see leniency and clemency in them."
CNN is attempting to contact the lawyers of the other co-defendants.
READ: Real Madrid star found guilty of complicity in attempted blackmail in sex tape case 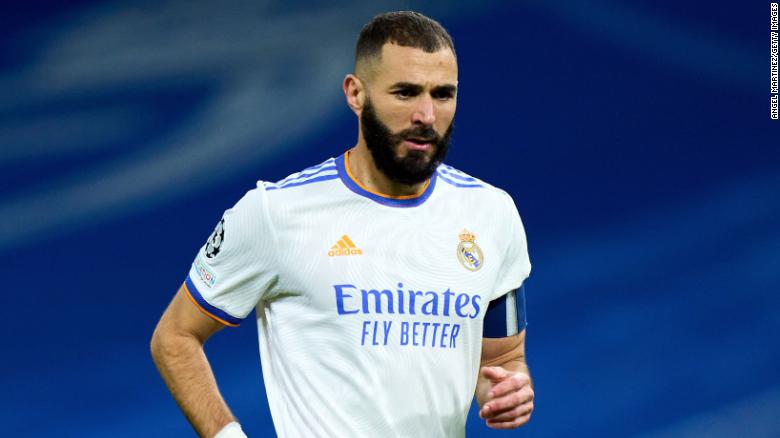 Benzema of Real Madrid is currently top goal scorer in La Liga.
Among the files transferred from Valbuena's defective phone in 2014 by Axel Angot was a video containing sexual content involving Valbuena.
Almost a year later, Angot, with the assistance of others, tried to use the sex tape to blackmail the footballer, according to a statement from the Versailles court that convicted Benzema.
The men attempting to blackmail Valbuena also reached out to another former French international, Djibril Cisse, who, like Benzema, has played for some of Europe's leading clubs, in an attempt to convince Valbuena to pay.
However, Cisse refused to assist, according to the court documents.
So the blackmailers turned to Benzema, who was a childhood friend of one of them -- Karim Zenati -- to try to convince Valbuena to pay.
In handing down its judgment, the court ruled that Benzema, through "falsely presenting himself as a friend wishing to help his teammate," used his professional stature and lies to convince Valbuena to "submit to blackmail by paying a sum of money and to contact for this purpose his friend Karim Zenati who was the only one in a position to help him."
After Wednesday's verdict, Benzema's legal team said the Real Madrid star would be cleared "in the court of appeal."
"It was clearly announced by the court that Karim Benzema was not aware of the prior machinations and then in the end they said that 'he cannot, not have known,' without any proof," one of Benzema's lawyers, Sylvain Cormier, said outside the courtroom.
"They have condemned him with a very severe, unjust sentence without proof. I'm quite shocked by this ruling," added Cormier. 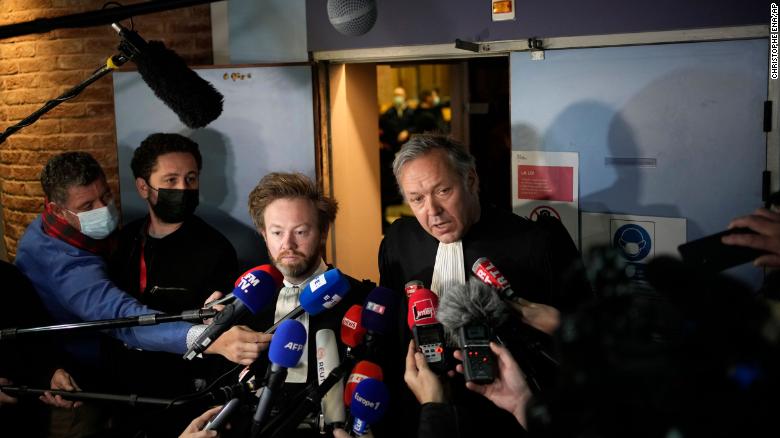 Benzema's lawyers Sylvain Cormier, right, and Antoine Vey answer reporters after the verdict.
The court statement said Benzema and Valbuena were not friends before this incident. The 33-year-old Real Madrid star didn't even have Valbuena's phone number, according to the court.
Benzema lied about his meeting with Mustapha Zouaoui, who the court called the mastermind behind the blackmail, when he was first questioned by investigators, the documents said. He was doing so to protect Zenati, Benzema's childhood friend and employee, according to the court statement.
Benzema insisted that Valbuena should meet with Zenati. The Real Madrid player told Valbuena, who now plays for Greek club Olympiacos, that the people in possession of the tape were from major crime groups from the southern French city of Marseille and advised him against going to the police or his lawyer.
Benzema even swore "on the head of his daughter" to Valbuena that there wouldn't be any copies of the sex tape, the court findings said.
Valbuena figured out "that the goal of the maneuver was to extract a sum of money from him in order to prevent the video from being made public," the court said in the statement.
The court recognized that Benzema may not have been aware of the behind-the-scene maneuvers that were happening, but stated that he was personally involved in using "subterfuge and lies" to "convince his teammate [Valbuena] to submit to blackmail and to contact for this purpose his trusted man, in this case Karim Zenati."
The court made this judgement based on the content of Benzema's discussion with Valbuena on October 6, 2015, in the Parisian suburb of Clairefontaine -- the site of the French National Team's training ground -- which he recounted to Zenati immediately afterward.
The recorded telephone conversations between Benzema and Zenati, which were played at the trial, did not demonstrate any good will toward Valbuena and "proves the existence of an attempt to blackmail led by the duo," the statement said.
Real Madrid declined to comment on the case when asked by CNN.
Valbuena's lawyer, Paul-Albert Iweins, also declined to comment on Benzema's sentence.
Later on Wednesday, Benzema played and scored in Real Madrid's Champions League victory against Sheriff Tiraspol.