New York (CNN Business)Amazon and Google owner Alphabet are two of the most valuable companies on the planet. They dominate their industries, generate tons of cash and are obscenely profitable. Yet neither of the companies are in the prestigious Dow Jones Industrial Average — and for a good reason.

Both Amazon (AMZN) and Alphabet (GOOGL) have stock prices in the quadruple digits. That makes them a no-go for the Dow, which weights its 30 components by share price rather than market value.
So if either Amazon (currently priced north of $3,300 a share) or Alphabet (trading at just under $2,300) joined the Dow, they would immediately have an outsized impact on the Dow.
It wouldn't even be close: The priciest Dow stock currently is UnitedHealth (UNH), and at just over $400 a share, it makes up about 8% of the Dow's weighting.

The case for splitting shares

But if Amazon and Alphabet wanted to join the Dow, there's a solution to this price problem: The companies could announce a stock split, which increases the number of shares of the company has while cutting the price of each share to a more affordable level. It wouldn't change the companies' value.
That's what Apple (AAPL) did i n 2014, and it was added to the Dow in early 2015. Apple split its stock again last year. Elon Musk's Tesla (TSLA) executed its own stock split last year to make its surging stock more accessible to individual investors. 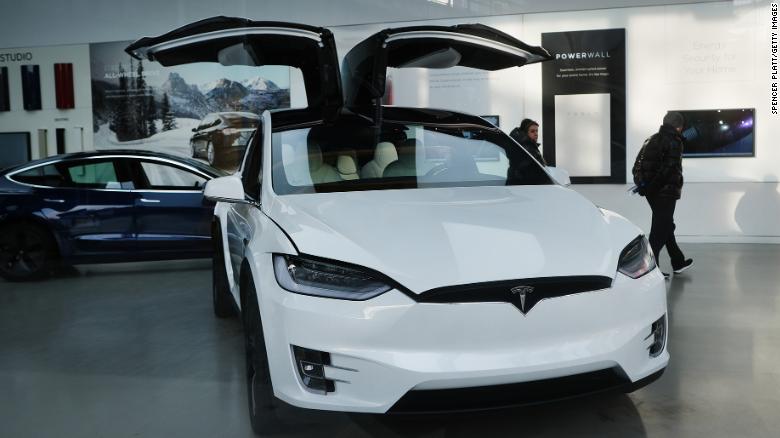 Apple and Tesla just announced stock splits. Here's what that means for your investments
Beyond the Dow question, splits can be compelling because some experts argue that having a more affordable price for a single share could attract even more investors. But that's admittedly less of an issue due to fractional trading, in which investors can buy a small piece of a company's shares through online brokers like Robinhood, Fidelity or Charles Schwab.
There have been rumors about Amazon potentially announcing a split soon, especially now that Jeff Bezos is getting ready to hand over the CEO reins to AWS head Andy Jassy. But Amazon didn't mention anything about a potential split when the company reported earnings last week.
Amazon was not immediately available for comment when asked by CNN Business if the company was considering a stock split, while a spokesperson for Alphabet declined to comment.

High profile companies are 'split' on whether to split

The pair of tech giants aren't the only companies trading at sky-high stock prices. Priceline owner Booking (BKNG), Chipotle (CMG) and AutoZone (AZO) are also prominent companies in the S&P 500 with stock prices in excess of $1,000 a share.
A Booking spokesperson, when asked by CNN Business about a future stock split, said the company has "considered this but have not really seen the need to do so as of now."
Chipotle chief financial officer Jack Hartung said in an email to CNN Business that "we do not have any plans to split our stock at this time, but if we see an opportunity to enhance shareholder value and remove impediments to interested investors owning our stock, we will discuss the opportunity with our Board." 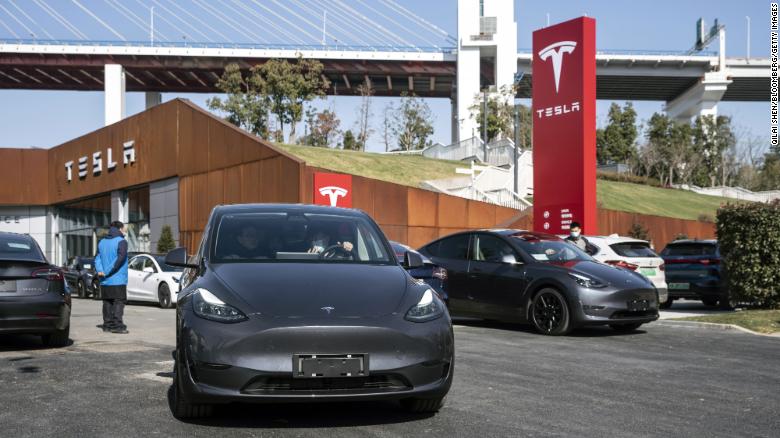 Tesla is surging. Is it too late for investors to get in?
AutoZone was not immediately available for comment.
Meanwhile, several other high-profile companies in addition to Apple and Tesla have announced stock splits lately.
Spice company McCormick (MKC) split its stock in December — its first split in about 20 years. Paint giant Sherwin-Williams (SHW) split in April "to make the stock more accessible to employees and a broader base of investors," senior vice president of investor relations James Jaye said on a conference call with analysts last month.
And railroad Canadian Pacific (CP), which is in a bidding war with rival Canadian National (CNI) for Kansas City Southern (KSU), is preparing for a split later this month. The stock is currently trading around $375 and will split 5 for 1, which will lower the price to around $75 a share.
"The share split will encourage greater liquidity for CP's common shares and provide enhanced opportunities for ownership by a wider group of investors," said chief financial officer Nadeem Velani in a recent conference call with analysts.

More trouble than they're worth?

Not all company leaders are on board with stock splits. At least one major CEO has publicly called them a waste of time.
PNC (PNC) CEO William Demchak said at the bank's shareholder meeting last month that "there's not really a compelling case to be made for a stock split." One PNC share costs about $190.
"At one time, the conventional thinking was that when a company's share price got to a certain level, the company would split the stock as a way of foreshadowing expectations of growth and in order to make it more affordable for retail shareholders," he said.
But Demchak added that "all the stock split really does is increase costs because it doubles the cost of the mechanics that go into servicing every share."
"The split might result in some positive short-term public relations that brings about maybe a short-term bump," he added. "But long term, it would appear that the cost is more than it's worth."