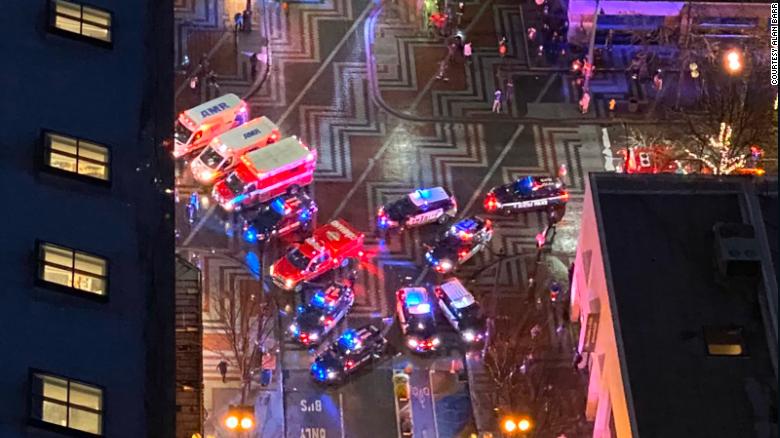 Several people were injured in a shooting Wednesday afternoon in downtown Seattle.

(CNN)Authorities are searching for a gunman after one person was killed and several others were injured in a shooting in downtown Seattle, police and fire officials said Wednesday.

The shooting was reported Wednesday afternoon near Fourth Avenue and Pine Street, near Westlake Park, police tweeted.
Seattle Fire Department Chief Harold Scoggins said one person was dead and at least five people injured were taken to Harborview Medical Center, the chief said.
The suspect appears to have been a "lone shooter," Seattle Police Department Chief Carmen Best told reporters.
Christina Cuthbertson, who lives in a nearby building, told CNN she heard gunshots and people running away.
"Then minutes later you see tons of cop cars coming," Cuthbertson said. "We are told to not leave the building right now."
Wednesday's shooting comes a day after a 55-year-old man died in a shooting near the same intersection, CNN affiliate KCPQ reported.
Chief Best told reporters there is no information connecting the two shootings at this point.