(CNN)Bella Thorne has come a long way from being a Disney child star. 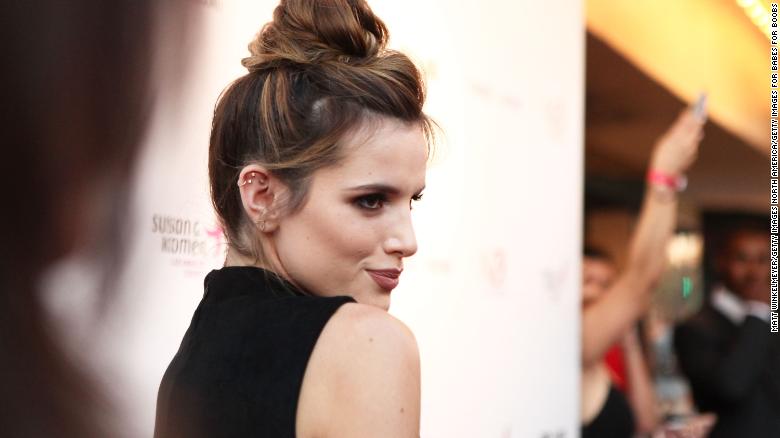 Bella Thorne says she's actually pansexual, not bisexual
"I'm really lucky that Pornhub wanted to come on and produce this with me because originally I was shopping it around a very long time ago and things were very different," Thorne said. "People are kind of scared to make a movie like this one when it comes to dominance and submissive(ness) between a male and a female and how this relationship can turn quite sour."
CNN has reached out to a rep for Thorne for additional comment.
The film stars adult entertainment actors Abella Danger and Small Hands and features music from rapper Mod Sun.
The film is "a modernistic, sexually explicit Romeo and Juliet-like depiction of two star-crossed lovers who have an unbridled sexual longing for each other," Pornhub Vice President Corey Price said.
"We're proud to announce our collaboration with Bella Thorne for the next installment of our Visionaries Director's Club," Price said in a statement. "Bella's creativity and imagination (are) personified through the course of the film, as she takes viewers on a journey of passion and desire."
Thorne formerly starred in the Disney Channel series, "Shake It Up," known for not shying away from issues of sex and sexuality.
She shared in July that she is pansexual -- not bisexual, as she had previously announced.
"Doesn't have to be a girl, or a guy, or ... you know, a he, a she, a this, or that," Thorne said during an interview with ABC's "Good Morning America" to promote her book, "The Life of a Wannabe Mogul: Mental Disarray." "It's literally you, like, personality, like, you, just like, a being."
"Her & Him" is set to debut September 11 at the Oldenburg International Film Festival in Germany.