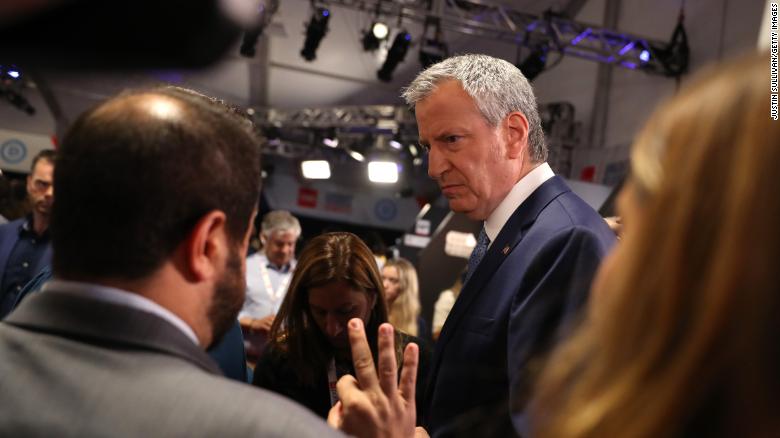 De Blasio, who is set to campaign with Sanders in Nevada ahead of the caucuses there, became the first former 2020 contender to back Sanders. He'll join Sanders at a rally Sunday in Carson City.
"Mayor Bill de Blasio knows that the only way we can defeat Donald Trump is by uniting people from all backgrounds around an agenda that speaks to the needs of working families," Sanders said in a statement to CNN. "Jane and I grew up in Brooklyn and we are so proud to have the support of a New York City mayor fighting every day to improve the lives of New Yorkers. Bill is a leading example of what bringing the Democratic Party together around so-called 'radical ideas' like universal pre-K, paid family and sick leave, and defending immigrant neighbors can do for our country."