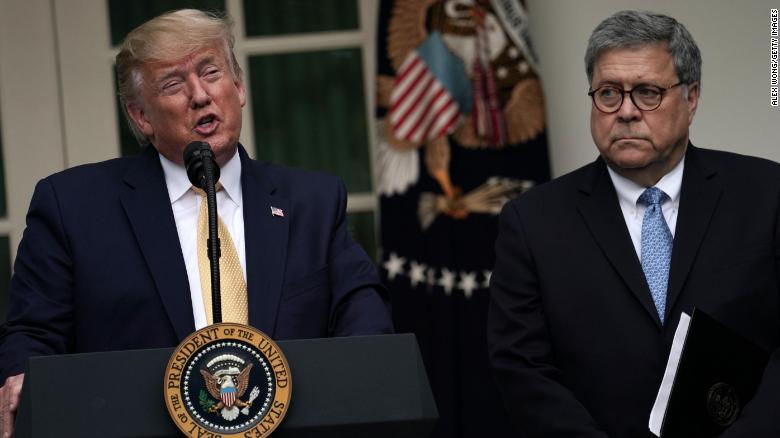 Washington (CNN)It was a tumultuous, confusing week for President Donald Trump and his Justice Department.

First, there were issues with Roger Stone.
Attorney General William Barr and other top Justice Department officials undercut prosecutors' recommended sentence of seven to nine years -- saying Stone deserved to be sentenced to far less. That happened just hours after Trump publicly criticized the recommendation on Twitter.
That move led to all four prosecutors quitting the case, even though a judge will ultimately determine Stone's sentence next week.
Barr later took an entirely different approach with Trump, voicing rare public criticism of his boss. He told ABC News that Trump made it "impossible" to do his job: "I cannot do my job here at the department with a constant background commentary that undercuts me," Barr said of Trump's tweets.
Then news broke Friday that former FBI Deputy Director Andrew McCabe wouldn't be charged -- a decision nearly two years in the making.

McCabe was long the subject of Trump's ire -- the President saw him as one of his foes for McCabe's work on the early Russia investigation for the FBI. McCabe is also a CNN contributor.
Plus, another curveball Friday from Barr. He's ordered a reexamination of several high-profile cases, including that of former national security adviser Michael Flynn -- putting the department's political motivations back into the spotlight.
The Point : On any given day this week, it was nearly impossible to gauge the relationship between Trump and his Justice Department.
Monday
Tuesday
Wednesday
Thursday
Friday
And that was the week in 12 headlines.