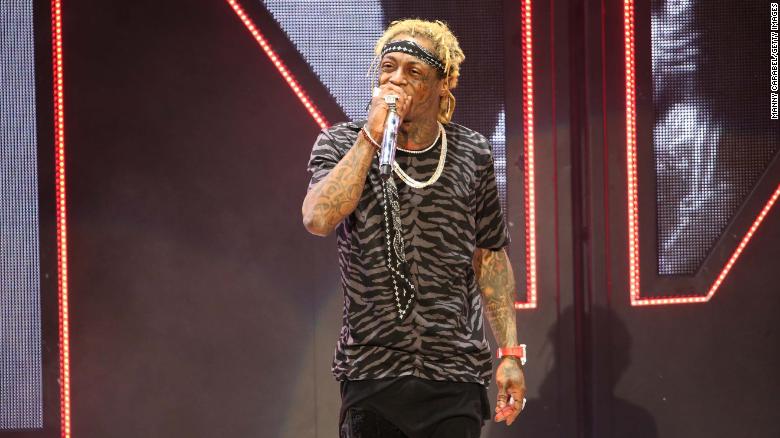 (CNN)There was some "one of these things is not like the other" head scratching when it was announced that Lil Wayne was going on tour with Blink 182.

Now some audience members have said on social media that the rapper is not happy.
On Thursday the tour stopped at the Jiffy Lube Live venue in Bristow, Virginia, and some of those in attendance tweeted that Lil Wayne only played 20 minutes before leaving the stage and indicating that he may be done.

"I think Lil Wayne just quit the Blink 182 tour. (Yes, that's the same show)," WAMU 88.5 reporter Jordan Pascale tweeted. "Played for like 20 mins."
Some in the audience said the rapper noted the lack of his fans as the reason for his discontent.

Wow , @LilTunechi just said this maybe his last night in the Blink 182 tour. Cited the lack of rap fans/his fans

@LilTunechi just dissed everyone saying this might have to be his last night on this tour Pretty Much because we aren't good enough for him! Honey you are the odd ball out here, you decided to play between @NeckDeepUK and @blink182

"Wow , @LilTunechi just said this maybe his last night in the Blink 182 tour," one person tweeted. "Cited the lack of rap fans/his fans."
Uproxx Music tweeted a TMZ video of the rapper saying "Hold on, I just want the people to know, if you're wondering, please forgive me, but I am so not used to performing to a crowd and there's not too many, you know, like still, that's not my swag."

"I'm not sure how long I'm going to be able to do this tour," he said. "But make some noise for Blink 182 for including me anyway. This might be my last night though, let's go."
CNN has reached out to reps for Lil Wayne and Blink 182 for comment.