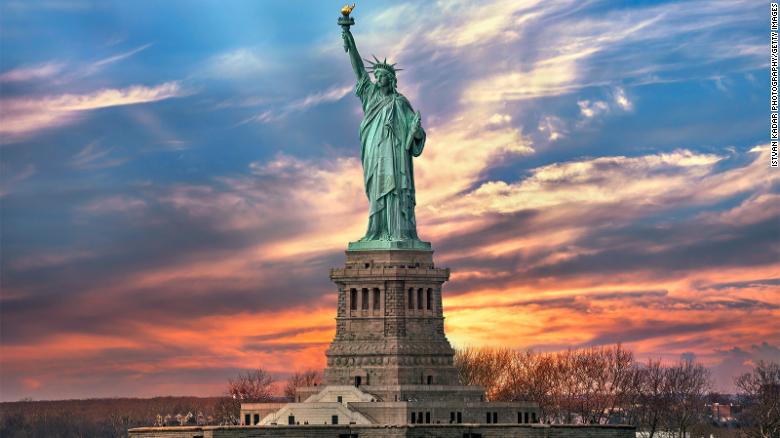 The Statue of Liberty

(CNN)Jessica Chastain, Monica Lewinsky, Lizzo, Andy Cohen and have teamed up to narrate "The New Colossus," the poem that sits at the base of the Statue of Liberty.

A video of their narration features Chastain, Lewinsky, Lizzo, Cohen, along with RuPaul, Whoopi Goldberg, Cyndi Lauper, Wayne Brady, Regina Spektor, Charo, Big Freedia and Courtney Love, in a teaser for the new documentary "Liberty: Mother of Exiles," which follows fashion icon and immigrant Diane Von Furstenburg as she explores the origins of the Statue of Liberty.
The documentary comes after recent political controversy. Ken Cuccinelli, the acting director of U.S. Citizenship and Immigration Services, suggested in an August interview that the famous Emma Lazarus poem should be changed from "Give me your tired, your poor, your huddled masses yearning to breathe free" to "Give me your tired, your poor, who can stand on their own two feet and who will not become a public charge."
HBO and World of Wonder co-founders and documentary directors Randy Barbato and Fenton Bailey, the minds behind "RuPaul's Drag Race," released the video.
" allowfullscreen>
The full documentary premieres on HBO next week.
CNN and HBO share parentcompany WarnerMedia.