New York (CNN Business)The spread of the coronavirus around the world is sending shockwaves through an oil market ill-prepared for a serious blow to energy demand.

Oil prices plunged deeper into a bear market Wednesday, reflecting fears about the economic repercussions of the rapidly-spreading health crisis. Economists are warning the coronavirus could spark a severe economic slowdown or even recession in the United States and elsewhere.
The outbreak is the biggest shock to demand for oil since the 2008 financial crisis.
US crude dropped another 2.3% on Wednesday to $48.73 a barrel. That's the lowest price since January 2019 and it marks a 23% plunge from the recent peak of $63.27 a barrel on January 6.
"You're seeing the ripple effects of the coronavirus proliferate outside of China. That is what is turning investor sentiment on oil and other risk assets as well," said Michael Tran, director of global energy strategy at RBC Capital Markets.
Citing the coronavirus, on Wednesday, Goldman Sachs told clients it is cutting its 2020 oil demand forecast in half to just 600,000 barrels per day.
"If the coronavirus spreads further globally, then we expect further downside risk to our estimates," Goldman Sachs analyst Brian Singer wrote in a report.
The plunge in oil prices has clobbered energy stocks, which entered a bear market late last month. The ETF Energy Select Sector SPDR Fund (XLE), which tracks the sector, has lost a stunning 11% in the last three days and nearly 20% so far in 2020. 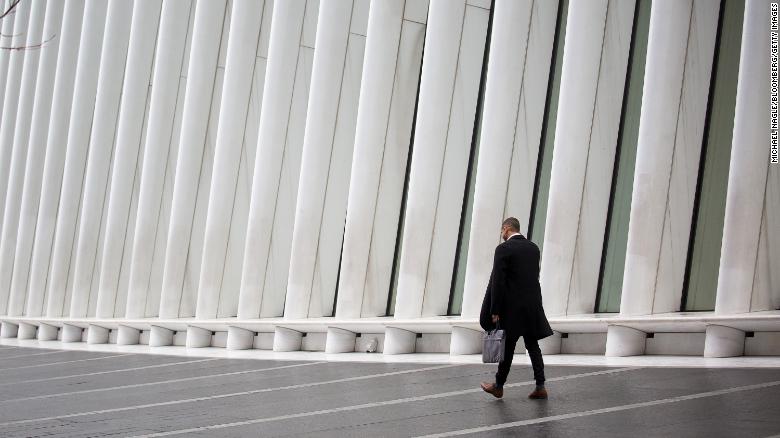 How the coronavirus could spark a severe slowdown or recession in America
The oil patch suffered more selling Wednesday, even as the broader markets staged a fragile rebound. Devon Energy (DVN) and Diamondback Energy (FANG) fell more than 5% apiece, making them among the biggest losers on the S&P 500. Larger rivals ExxonMobil (XOM) and Chevron (CVX) also retreated.
Unlike recent oil bear markets caused by excess supply, this one is all about weakening demand. The shutdown of large parts of China's economy, combined with the spread of the coronavirus to South Korea and Italy, has caused a sharp decline in flight activity and vehicle traffic. That means there is less oil needed for jet fuel and motor gasoline.
For instance, United Airlines (UAL) has suspended flights between the United States and four destinations in China. Near-term demand for flights to China has fallen to near zero and demand for flights to the rest of the trans-Pacific routes has plunged 75%.
Flight patterns from South Korea have dropped 25% to 30% below normal levels, Tran said, citing RBC's use of artificial intelligence to track real-time flight patterns.
"It's tough to suggest this a buy-the-dip opportunity," Tran said, "because there is very little evidence to suggest we're in for a v-shaped recovery in the near-term."
The weak demand outlook raises pressure on OPEC and its allies to take decisive action. The group is scheduled to meet next week in Vienna to decide whether further supply cuts are needed to balance the market.
"Historically during periods of demand shock, OPEC has come together to cut production to offset weakness in demand," Singer, the Goldman analyst, wrote.