New York (CNN)Nearly six years after the arrival of PlayStation 4, Sony confirmed on Tuesday its next console will launch in 2020 for the holiday season.

In a blog post, the company announced PlayStation 5 will feature a redesigned controller. It will include haptic feedback and improved tactile sensations, such as rumbling and shaking, so that users can better feel what's going on within a game.
"With haptics, you truly feel a broader range of feedback, so crashing into a wall in a race car feels much different than making a tackle on the football field. You can even get a sense for a variety of textures when running through fields of grass or plodding through mud," Jim Ryan, president and CEO of Sony Interactive Entertainment, wrote in the post. "One of our goals with the next generation is to deepen the feeling of immersion when you play games." 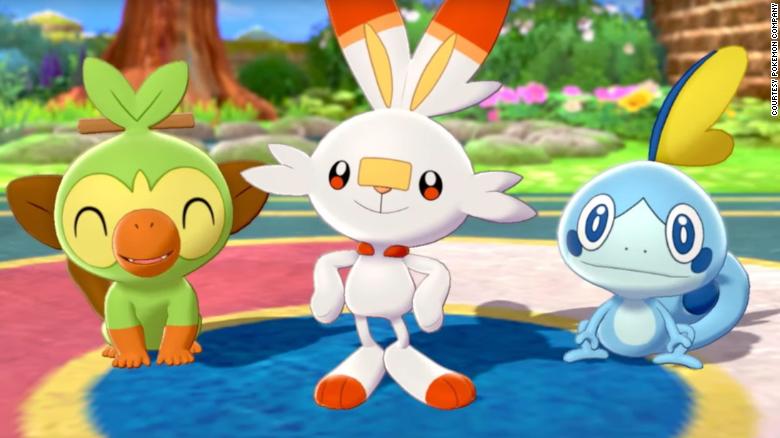 Pokémon Sword and Shield got a 24-hour livestream to give fans a preview
The company declined to share further details, including how much the PlayStation 5 will cost.
In April, Sony teased its fifth-generation console. The PlayStation 5 is expected to have faster load speeds, better graphics and improved audio. It will compete against Microsoft's Project Scarlett, its next-gen Xbox console, which will also launch for the 2020 holiday shopping season.
The video game console market is dominated by a few central players: Sony, Microsoft and Nintendo. By the end of this year, Sony is expected to sell 100 million units of the Playstation 4, while Microsoft will likely hit 52 million units of the Xbox One, according to forecasts from research firm DFC Intelligence.
Earlier this month, Sony slashed prices on its cloud gaming service, PlayStation Now, as Google gears up for a November release of its rival offering, Stadia.