(CNN)Investigations into accused sex trafficker Jeffrey Epstein were more expansive than previously known, according to a cache of documents released Wednesday by the US Marshals Service to CNN.

Since early this year, the documents show, authorities reviewed allegations of Epstein's contact with minors as recently as late last year and whether he improperly failed to report his international travel to authorities.
While the most significant inquiry into the now-deceased multimillionaire came from federal prosecutors in the Manhattan US Attorney's office, which charged Epstein in July, a separate investigation by the Marshals Service had led to a request for information from the countries of France, Monaco, Austria and Morocco about his travels there. 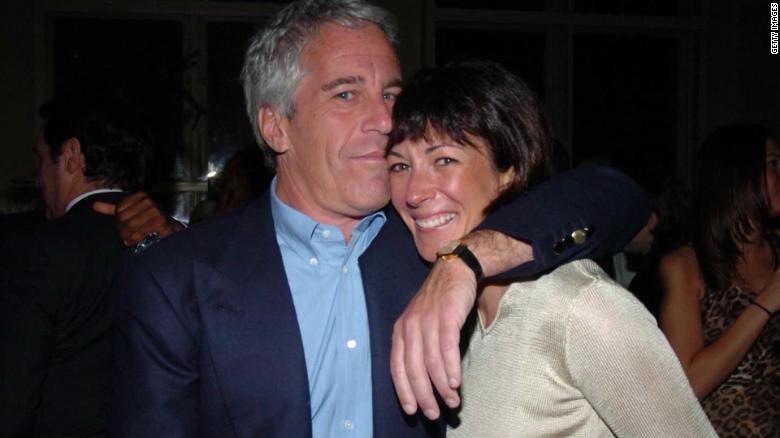 Hundreds of people could be implicated in Jeffrey Epstein court documents, lawyer says
And according to the documents, inquiries during that probe resulted in allegations by an air traffic controller at an airport Epstein frequented that she had seen Epstein disembark his plane on two occasions with what appeared to be underage girls as recently as November 2018.
At the time of his death, Epstein stood accused of having operated an extensive sex-trafficking ring in which he both paid underage girls to have sex with him and paid some of them to recruit other victims. He had pleaded not guilty and, through lawyers, had denied the allegations.
Just over one month after he was arrested in July, he was found unresponsive in his jail cell. The New York City medical examiner determined he had died by suicide.
The documents disclosed Wednesday reveal new details about the swiftly unfolding inquiries into Epstein's behavior, ones that could have added to the trouble he already faced but that, like the central investigation in New York, were curtailed by his suicide. The documents were first published by MuckRock, a nonprofit group dedicated to requesting and publishing public records.
Epstein, 66 at the time of his death, had been a registered sex offender as the result of a guilty plea he entered to state prostitution charges in Florida in 2008. 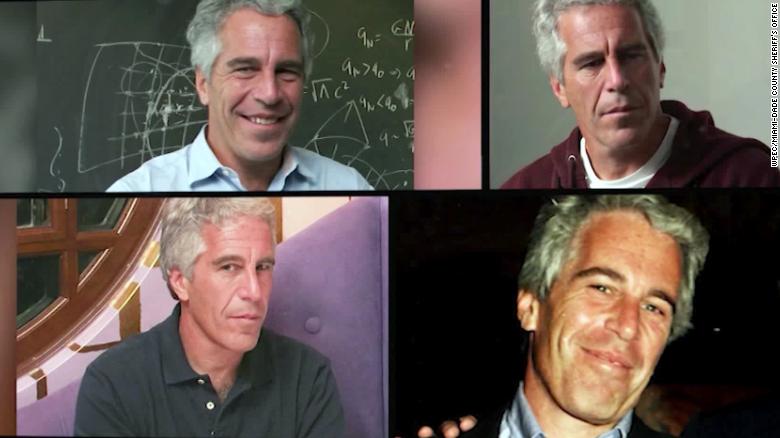 Who's who of Jeffrey Epstein's powerful friends, associates and possible co-conspirators
As a result of his sex offender status, Epstein was required to report his international travel under a 2016 law known as International Megan's Law. The US Attorney's Office for the Southern District of New York, however, suspected that Epstein hadn't complied, and referred the matter to the Marshals Service as early as January 2019, according to the documents.
By March, the Marshals Service received notification from the US Virgin Islands Sex Offender Registry that Epstein was set to travel to France that month, and it soon discovered that a public website that tracks flight activity showed Epstein traveled to Austria and Monaco on the same trip without notifying authorities, the documents show.
The Marshals Service opened its investigation, and in late June, about two weeks before Epstein's arrest, two officials from the Marshals Service traveled to the Moonlite Diner in Hollywood, Florida, to meet with a Miami Herald investigative reporter whose name is redacted in the released documents.
The reporter told the officials about an airport "informant" who said she witnessed Epstein walking with girls who appeared to be under the age of 18, and that the girls had boarded his helicopter and plane in recent months.
An investigative series published in the Miami Herald and written by Julie K. Brown in November 2018 brought fresh scrutiny to Epstein's 2008 plea deal and prompted the investigation by New York federal prosecutors. Brown didn't respond to a request for comment Wednesday.
Using contact information provided by the reporter, on July 10 a Marshals Service official called the "informant," an air traffic controller, who told the official that she had seen Epstein get off his plane on one occasion with two girls who appeared to be 11 and 12 years old and at another time with a girl who looked between 16 and 18 years old.
Both occasions, she said, were during the second half of 2018, well after the period covered by the charges against him in the New York indictment, which alleged crimes between 2002 and 2005.
Epstein's attorneys said during court filings prior to his death that, since the 2008 case, he had maintained a "spotless 14-year record of walking the straight and narrow, complemented by an exemplary 10-year history of diligent sex offender registration and reporting." 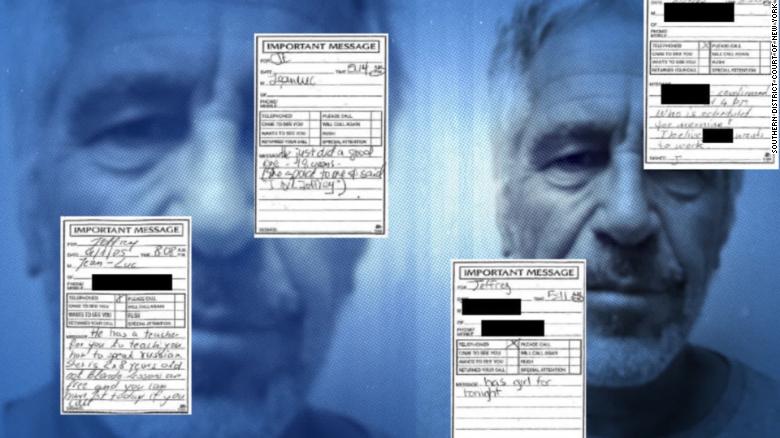 For Jeffrey Epstein's accusers and their quest for justice, what now?
Days after the call with the air traffic controller, a Marshals Service inspector traveled to the US Virgin Islands, where the inspector met with the US Attorney's office. The inspector then asked prosecutors to submit a request, known as a mutual legal assistance treaty (or MLAT) request, to the foreign countries to which the Marshals Service suspected Epstein had traveled without notification. The inspector later submitted a search warrant to prosecutors for Epstein's phone number that he listed for international travel.
Days before Epstein died, the Marshals Service received information from the Federal Aviation Administration showing that Epstein's jet had traveled to "numerous more countries" than officials had previously known, according to the documents.
On August 19, the Marshals Service filed another report, this time noting Epstein's death. "As such, the search warrant for Epstein's phone was cancelled, the MLAT requests for all countries were cancelled, and all investigative activities were cancelled," it said.
"The case is now closed."