"The Conception Incident Unified Command is relieved to report that search and recovery efforts today were successful in locating the last missing victim," a tweet from the sheriff's office said.
DNA testing is being conducted to confirm the identifies of seven of the 34 victims recovered, they added.
The 75-foot dive boat sank off the Southern California coast on Labor Day following a fire that claimed the lives of 34 people on board.
Of the 39 people who were aboard the boat that weekend, only five crew members were found alive. The others, who were in the lower sleeping deck, likely got trapped when the fire blocked their escape, authorities have said. 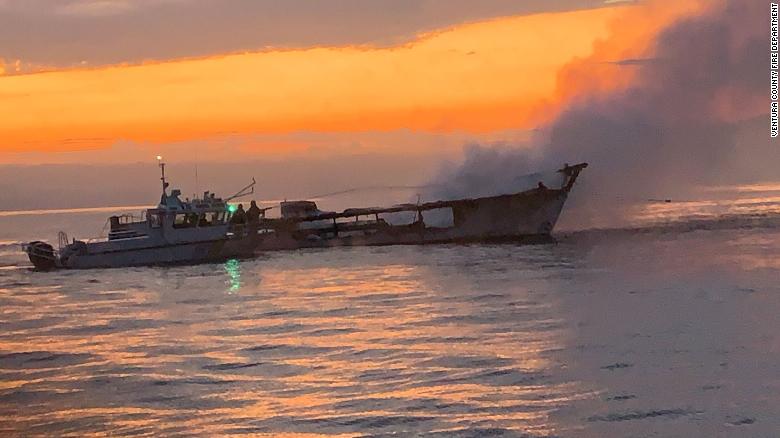 Cause of California diving boat fire remains unknown
Investigators have not determined the cause of the fire aboard the dive boat, a law enforcement official familiar with the investigation said this week, noting the boat has not even been brought to the surface.
"The boat has not been lifted out of the water yet but the salvage teams were successful in making preparations to do so," Lt. Erik Raney of the Santa Barbara County Sheriff's Office told CNN.
Weather conditions have prevented efforts to surface the boat.
The Coast Guard said Wednesday it has convened a formal four-member Marine Board of Investigation to look into the loss of the small passenger vessel.

CNN's Darran Simon and Paul Vercammen contributed to this report.