Joe Lockhart is a CNN political analyst. He was the White House press secretary from 1998-2000 in President Bill Clinton's administration. He co-hosts the podcast "Words Matter." The opinions expressed in this commentary are his own. View more opinion at CNN.

(CNN)Has America ever seen a presidential campaign like this one? One that involves a candidate as out-of-the-ordinary as President Donald Trump, with his small but rabid base, running for reelection during a global pandemic, a crushing economic crisis and a deadly season of back-to-back-to-back natural disasters?

Of course none of us alive have ever witnessed anything like this. But take a longer view, and you'll see there is something very old and very familiar about the 2020 race. 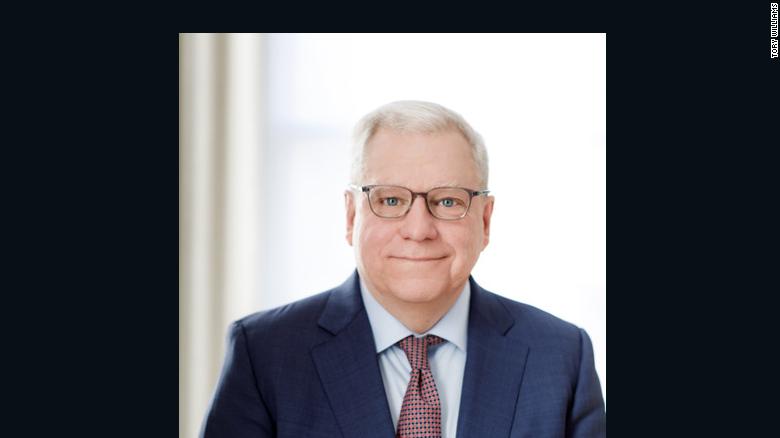 Joe Lockhart
The clash between Trump and Joe Biden is between two distinct philosophies and values that have been duking it out in America for more than 240 years.
In this corner, individualism. This is the ideology that values personal freedom and autonomy, the right to pursue one's own goals and desires and values the rights of the individual above those of the state or other social groups.
No one embodies that philosophy more than Trump. He is a walking, breathing example of I'm OK, and everyone else can just fend for themselves. We hear it every day from Trump. Americans have the right to make up their own minds on what they do, how they live and what risks they will take with their own bodies. One irony here is that philosophy does not extend to reproductive rights. But I digress.
Trump takes it to the extreme in repeatedly putting his own supporters at risk of contracting the coronavirus in pursuit of his own personal goal of being reelected. He apparently does not believe in personal or shared sacrifice. That was on full display at the controversial Nevada rally he held Sunday, which defied accepted science and state regulations.
Afterward Trump expressed no concern for his supporters, packed tightly together in the room. He doesn't wear a mask, has mocked both Biden and reporters for wearing one and Tuesday night at ABC's Town Hall delivered a strange riff on how waiters don't like to wear masks. He's apparently not concerned about his own health because he doesn't come into contact with anyone who has not been tested.
As his daughter Ivanka said, "No one is in close proximity to him that is not wearing a mask." Simply put, it seems Trump believes the only one he has to worry about is himself.
In the other corner is the opposing philosophical force in American society, illustrated by Joe Biden's campaign. Biden argues that we don't live independent of each other, but that we're all in this together. That is a value that has come to represent the Democratic party's philosophical bent over the last 50 years. 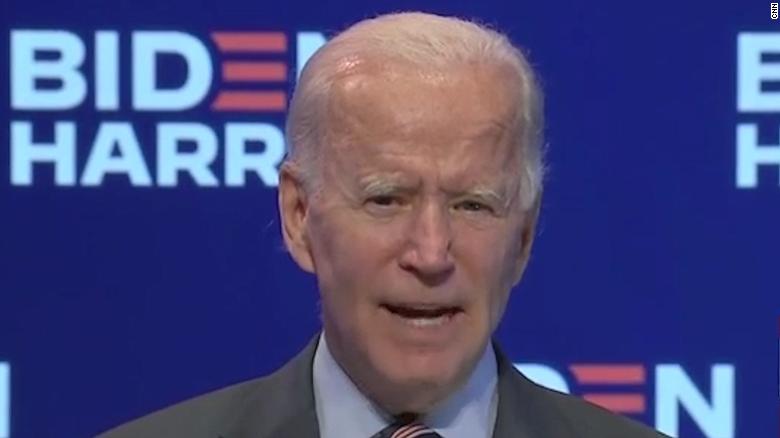 Biden: I trust vaccines. I trust scientists. I don't trust Trump. 03:38
President Bill Clinton talked about opportunity, responsibility and community. That community, the ability to depend on your neighbor and your government to be there for you and commonly sacrifice when necessary. Hillary Clinton described how it takes a village to raise a child, and to organize American life.
Barack Obama's 2012 State of the Union was framed with these words: "No one built this country on their own. This nation is great because we built it together. This nation is great because we worked as a team." In an earlier speech, Obama argued that "Our success has never just been about the survival of the fittest. It's been about building a nation where we're all better off. We pull together, we pitch in and we do our part."
The original debates at the Constitutional Convention were about the split between the federalists and those who advocated for states' rights. They encompassed serious issues like how our federal government and banking system would function, but also laid bare this philosophical split in the country that has never really been resolved and drives political discourse today.
For example, watching CNN interview Trump supporters who attended the Nevada rally without social distancing or masks, we heard an even more basic version of American individualism. They talked about how it was their right to show up to the event and that they were the ones taking the risk, one they were willing to take.
Even though they've been told time and time again by scientists and medical experts with long experience in epidemiology and infectious disease transmission -- including the administration's own health officials -- that the virus manifests regularly without symptoms, many of them refuse to accept responsibility for the risk and danger they pose to the rest of their community, either those gathered to celebrate Trump or those in their towns and cities and workplaces. 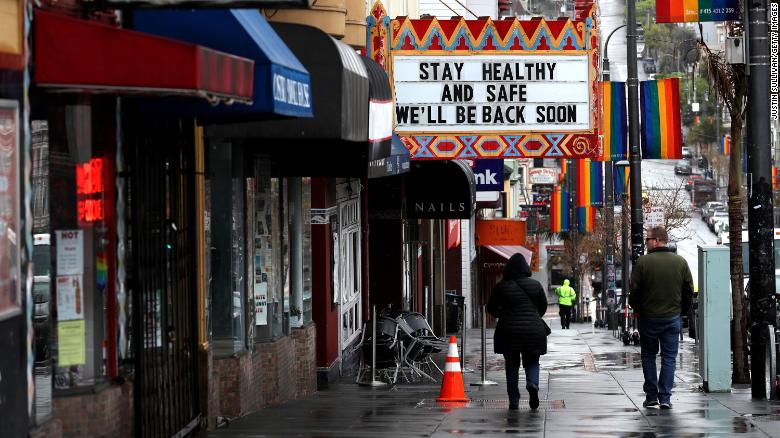 We cling to American rugged individualism at our peril
That's where this rugged individualism, glorified from Wall Street to Western novels to John Wayne movies, clashes with the risk to every element in all of our American communities. Witness that more than 400,000 Americans attended a biker event in South Dakota recently, exercising their personal rights -- and also spreading infection.
Over the next 50 days, Trump will remind you every day about your personal rights, and his, also. He'll continue telling people in the suburbs they have the right to keep different people out of there. He will ridicule Joe Biden and Democrats who are taking steps -- like wearing masks -- to keep us all safe. He'll leave it to every American to design their own plans to stay safe and healthy while pushing schools, businesses and sports to open up in defiance of his own government's guidelines.
Most of all, he will scorn the idea that as a national community we are responsible to each other and need to share in common sacrifice.
We see this as he focuses daily on how the stock market is doing: He claimed Tuesday night that everyone owns stock, but the reality is only about half of Americans do. Instead of focusing on the struggling job market, he pointed out how well he and other rich people like him are doing -- while other Americans are struggling to keep their homes and feed their families.
Biden and the Democrats argue explicitly that we can't rise to the occasion if we don't stand together. Individuals did not beat back the Nazis in World War II or launch the war on terrorism after 9/11. These efforts were effective only because the country and our communities all worked together. Biden will use the debates and his advertisements to stress that community is what is the best of America -- basic community-mindedness and community values are not some deep-state government plot to take away people's rights.
Get our free weekly newsletter

For centuries, our country has artfully balanced two conflicting philosophies in a way that has made the United States the envy of the world. But the Donald Trump presidency is upending this balance. It is forcing us to decide which value we will live by, and this will have profound implications for the future of our country and the happiness of those lucky enough to be here.
And that is why when both candidates say it's the most important election in our lifetimes, they are both right.