The video shows the Vance County Middle School resource officer grabbing and slamming the child to the ground, then picking him up and doing it again before yanking the child up and continuing to walk down the hall. The school alerted the Sheriff's Office minutes after the incident on Thursday.
"It's obvious that the child was assaulted," Jason Spriggs, Henderson City Council member, said in a Facebook Live video. Henderson is the county seat for Vance.
"To see this is just horrifying," Spriggs said. "It's a rough video. I can't imagine my child going through something like that." 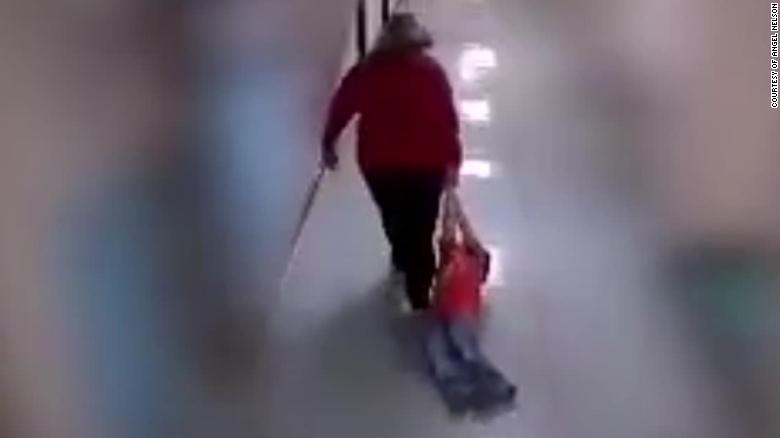 Teacher charged with assault after video shows her dragging boy with autism through a Kentucky school
The officer has been placed on paid leave pending an investigation, Sheriff Curtis Brame told WRAL on Friday. CNN is attempting to reach out to the resource officer whom authorities have not publicly identified.
Vance County Schools released a statement following the incident.
"We are deeply concerned by the actions that took place. School and district officials are working closely and in full cooperation with the local authorities to address this matter consistent with school board policy and state laws," the statement read. "The safety of our students has been and continues to be of the utmost importance to our district."

Sheriff Brame told CNN affiliate WNCN-TV that after reviewing the video, he handed the investigation over to the State Bureau of Investigation.
District Attorney Michael Waters, whose jurisdiction includes Vance County, told CNN, "This is the first time I have had a school resource officer in a school using force like this on a student." 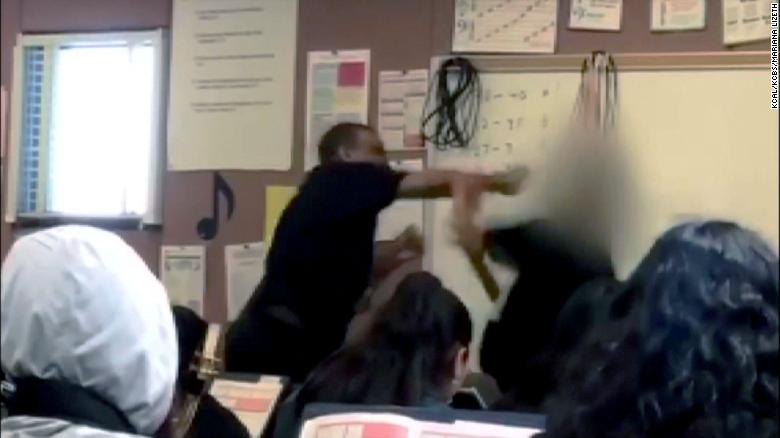 California teacher caught on camera punching 14-year-old boy
"It does not appear from the video that that was an appropriate tactic or police use of force, considering the child's age and being in school," Waters said.
The boy's father told CNN he and the boy's mother are "very upset" about the incident. The sheriff told CNN affiliate WRAL-TV the child was not hospitalized, but he has a bump on his head.
The child is expected to follow up with a doctor Monday, an official with knowledge of the investigation told CNN.
A charging decision against the officer could come as early as this week, according to the official.
Brame told WRAL the officer has been with the department for two years and has had no prior incidents that raised concern.
Considering the school resource officer does not have a previous record, and if the child does not have severe or lasting injuries, any potential charge may be at minimum a Class A1 misdemeanor, with up to 60 days in jail, according to the official with knowledge of the investigation.