Berkshire Hathaway (BRKB) bought nearly 19 million shares in Kroger (KR) during the fourth quarter, a purchase that makes Berkshire one of the 10 largest holders of the company's stock.
The move is an interesting one given that Berkshire also owns a small position in Amazon (AMZN), the online retailing giant that has disrupted the grocery business through its purchase of Whole Foods and food delivery offerings for Amazon Prime customers.
Buffett has long been a fan of the retail and food industries. 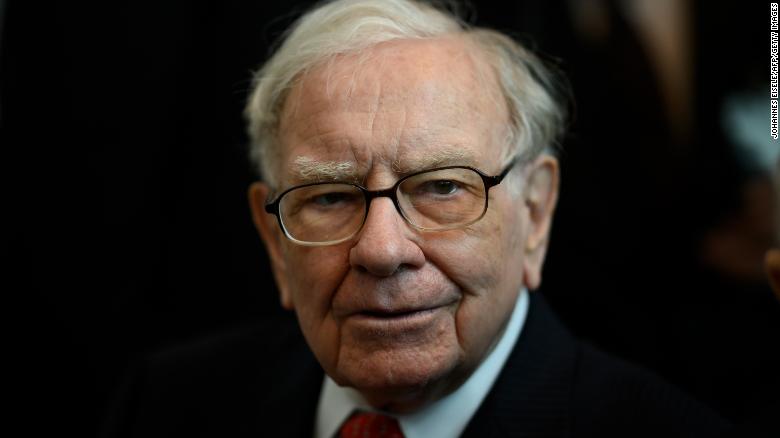 Investing like Warren Buffett might not be a good idea right now
Berkshire is a major investor in troubled Kraft Heinz (KHC) and also owns large stakes in Coca-Cola (KO) and Oreo maker Mondelez (MDLZ). Berkshire is also the parent of See's Candies, Dairy Queen and the Pampered Chef brand of cookware.
Berkshire recently made a bet on high end furniture company RH (RH), the firm formerly known as Restoration Hardware. It disclosed that stake in November and added to the position in the last three months of 2019.
The company also disclosed a new stake in biotech firm Biogen during the fourth quarter. Shares of Biogen (BIIB) rose nearly 2% after hours.
Berkshire trimmed its large stake in scandal-ridden Wells Fargo (WFC) and also sold some shares in Goldman Sachs (GS). The firm added to its stake in General Motors (GM).
Berkshire did not sell any of its Kraft Heinz holdings, although the company continues to struggle. And Apple (AAPL) remains the top stock in Buffett's portfolio.