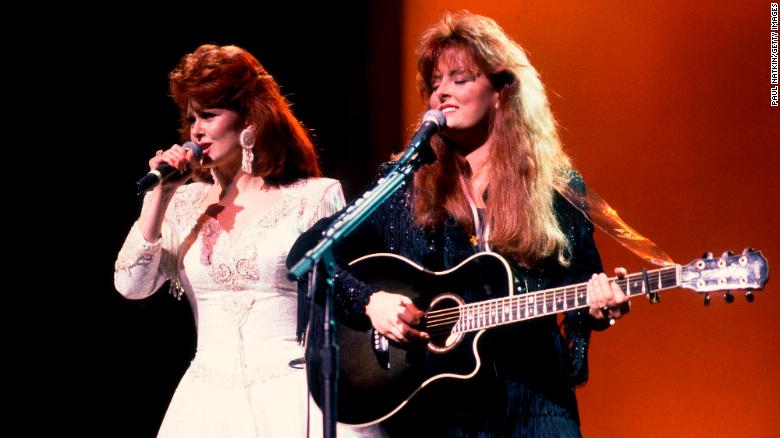 (CNN)In her first interview since her mother Naomi Judd died by suicide in April at the age of 76, Wynonna Judd is reflecting on trying to move on without her.

The pair performed as the beloved country group The Judds and Wynonna Judd talked to "CBS Sunday Morning" about the day her mother, who had long battled depression, died.
"I got the call, and I went over, and I saw her and that was that. I said goodbye to her in the hospital, and I closed her eyes, and I kissed her forehead and that was that," the younger Judd said. "And the next thing I know, I'm sitting here on the front porch, on the side porch ... you know, and I'm just tryin' to figure out what's next."
In an interview outside of her Nashville home, Judd talked about her grief and lingering questions.
"I did not know that she was at the place she was at when she ended it because she had had episodes before and she got better," she said. "And that's what I live in, is like, 'Was there anything I should have looked for or should I have known?' I didn't. That's why it's such a shock."
She is continuing on with "The Judds: The Final Tour" in her mother's honor, turning it into the Ultimate Girls Night Out," with star studded appearances by fellow artists including Brandi Carlile, Faith Hill, Little Big Town, Martina McBride, Ashley McBryde, Trisha Yearwood and others.
The tour had been announced just weeks before the elder Judd's death.
"I feel her nudging me. And sometimes, I laugh," her daughter said during the interview. "And sometimes, I say, 'I really miss you. Why aren't you here so we can argue?'"
The interview airs Sunday.